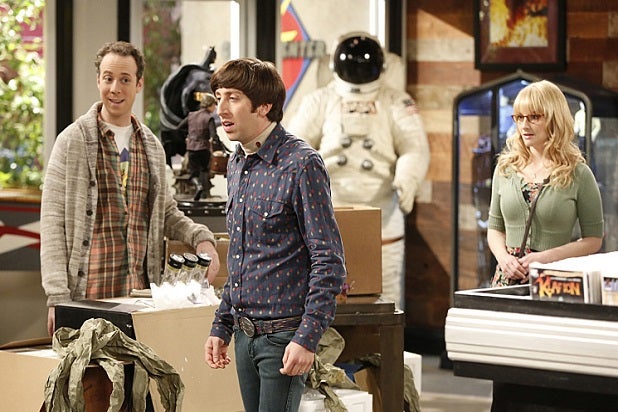 Chuck Lorre isn’t letting up on President Trump. The “Big Bang Theory” boss trolled our Commander in Chief Thursday in a couple of his hit sitcoms’ end-credits.

The CBS half-hour king posted a Nielsen TV ratings grid dated March 6, 2006 as his latest vanity card at the conclusion of both “BBT” and “Mom” last night. The sheet shows his “Two and a Half Men” comfortably topping Trump’s “Apprentice” in their head-to-head half-hour that evening.

Lorre added the following text on the image: “Defeat terrorism and crazy dictators? He couldn’t even defeat ‘Two and a Half Men.'” 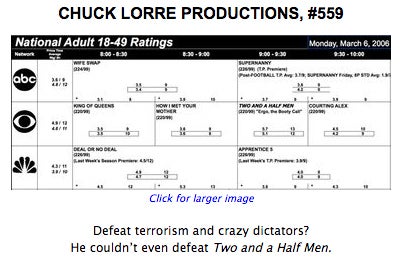 No need to squint: Click here for a larger version.

This isn’t the first (or second) time Lorre has used that platform to trash Trump. Click here for another recent on-air assault.