CNN unveiled a revamped daytime slate and anchor trios Wednesday that aim to take a “fresh approach” to its daytime programming through two new programs.

The new daytime lineup resumes the network’s shakeup under the leadership of CNN Worldwide Chairman and CEO Chris Licht, who stunned viewers in September when he shifted network staple Don Lemon from hosting his own primetime show to co-anchoring “CNN This Morning” alongside Poppy Harlow and Kaitlan Collins. 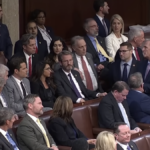 Other notable changes to the lineup include Jim Acosta expanding his weekend anchor roles by anchoring 4 p.m.–8 p.m. on Saturday and 4 p.m.–7 p.m. on Sundays for “CNN Newsroom” weekend. Additionally, Victor Blackwell will anchor the 10 a.m. slot on Saturdays and will co-anchor “CNN This Morning” Weekend alongside Amara Walker, and “CNN Tonight” fill-in Alisyn Camerota will focus solely on the 10 p.m. show while Laura Coates also moves her attention solely on the 11 p.m. show.

Despite the widespread changes, “Inside Politics with John King” will remain untouched as it airs in the 12 p.m.–1 p.m. ET time slot from Washington, D.C.

“CNN’s Dayside audience is highly influential, with executives and leaders watching from their offices around the country as the day’s news unfolds,” Licht said in a statement. “We are leaning into our greatest strengths, showcasing our unparalleled newsgathering operation and giving our anchors the room to be more authentic. We’ve seen how our audience responds to this format, and we believe it will put us in a position of strength going into the evening and primetime hours.”

In May 2022, Licht declared his goal to make CNN “a disrupter of the broadcast morning shows in this space” — suggesting he wants to compete more directly with “Morning Joe,” a show Licht co-created in 2007 when he was at MSNBC.

The changes will go into effect within the coming months, according to CNN, though no official date has been set. 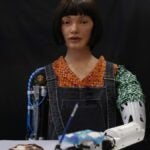