CNN staffers are mourning the death of their longtime stage manager Jay Conroy, who passed away over the weekend, as anchor Jim Sciutto reported Monday morning.

The cause of Conroy’s death was not immediately revealed.

Sciutto led the network’s on-air tribute to Conroy, which included clips of the time he made the call to evacuate the building after a 2018 bomb threat. “It was Jay who shepherded us – ordered us, in fact – off the set and out of the building and to safety,” said Sciutto.

He described Conroy as “a good friend, a deeply special person. He was kind, sincere, and he was generous.”

He also tweeted, “We at @CNN lost a dear, dear colleague and friend this weekend. Our stage manager Jay Conroy took care of us, kept us safe and made us laugh. We will miss him so much.”

Monday’s tribute included the moment in 2012 when he was surprised on-air by his favorite band, Aerosmith, whose T-shirts he often wore at work.

CNN’s senior media reporter Oliver Darcy called the news “devastating,” adding, “gutting to hear that we have lost him.”

No cause of death has been announced. CNN has not yet released an official comment on his death. 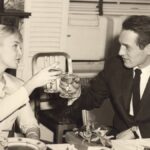