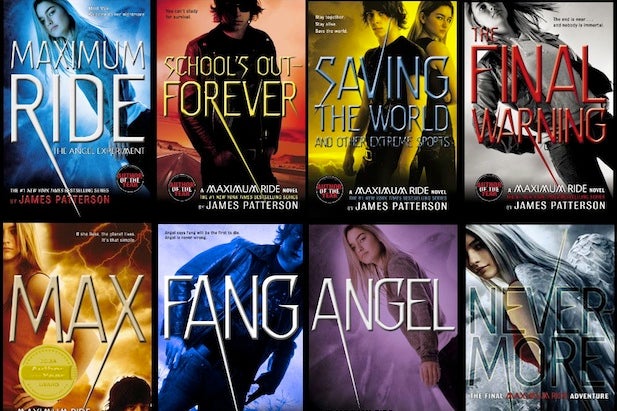 Collective Digital Studio has optioned the rights to James Patterson‘s young adult franchise “Maximum Ride” and plans to adapt it into a web series. A movie adaptation of the series has been mired in development for several years – first at Columbia Pictures and then at Universal.

With the movie nowhere close to production, CDS’ Gary Binkow approached Patterson about making something for the series’ youthful and engaged online fans. The books have inspired thousands of YouTube videos, and Patterson previously told USA Today his books were ripe for some kind of adaptation because they are so visual.

“Maximum Ride” chronicles a flock of flying humans, led by the eponymous tomboy, Maximum “Max” Ride, who often save the world. The characters are 98 percent human and two percent bird. CDS sees the project as appealing to a similar demographic as young adult hits “Divergent” and “The Hunger Games,” though the “Maximum Ride” series will cost a fraction of the price.

“The book has tons of fans online, tons of fan videos on YouTube and I knew James Patterson was an entrepreneurial guy,” Binkow told TheWrap. “This is a great opportunity for him to create an alternate piece of content to help promote the book and invigorate the series while the movie is languishing with studios and dealing with typical development shit.”

CDS works with top YouTube talent such as Freddie Wong, The Annoying Orange and Fred Figglehorn. Most of them bring their own projects to CDS and get its help with production, financing or distribution.

The company has spoken with different personalities and filmmakers that possess large online followings about working on the project, and has also talked to different channels about where the show will debut. CDS plans to finance it, though it will reach out to brands and other potential partners as it has done for Wong’s “Video Game High School.”

A lot of online video companies dub themselves media companies or studios for the “next generation.” A lot of that is hot air, but this deal is a real sign of CDS’ desire to be a more diverse and mature media company. It blends a traditional deal – an option – with new talent, new distribution and less red tape.