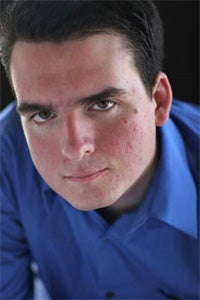 Dave Weigel, the conservative Washington Post columnist, resigned on Friday after a series of emails he intended to be off-the-record were leaked.

Weigel posted a column Friday with a preemptive apology over comments about Matt Drudge he made on a clubby, off-the-record listserv for journalists, which were apparently scheduled to be published by a “gossip blog.”

The listserv? Journolist, started by Ezra Klein in 2007. On Friday, Klein said he plans to "delete the group" in the wake of the controversy.

"This would be a vastly better world to live in if Matt Drudge decided to handle his emotional problems more responsibly, and set himself on fire."

Weigel said the comments stemmed from the way Drudge rewrote a headline “intimating that I defended his roughing-up of a young man with a camera.”

“I apologize to Matt Drudge for this," Weigel wrote. “I was incredibly frustrated with the amount of hate mail I was getting and lashed out. If he wants to link to this post with some headline accusing me of wishing death on him, I suppose he can do so. But I don't wish that. I was tired, angry and hyperbolic, and I'm sorry.”

He apologized for lashing out at the Washington Examiner, too, after it published a gossip item about him and his girlfriend.

“I stand by this — I was offended by the way that item was written. I do apologize for reacting like this against the entire Washington Examiner, as my gripe was with one reporter.”

Weigel also apologized for “belittling” the reporter, Byron York, on the listserv, and for referring to Ron Paul fanatics as “Paultards.”