“Community” fans got their six seasons, but they still want that movie. And series creator Dan Harmon wants it too — there’s just one big “philosophical question” he has to answer, among the logistical barriers to producing a feature-length reunion of the NBC sitcom. (And it’s not, “will Donald Glover do it?”)

The question in question, which Harmon revealed during a Thursday interview on Vulture’s “Good One” podcast: “Are you supposed to service a mythical new viewer?”

“The obvious, dogmatic, practical, off-the-street answer is like, ‘No, you don’t. It’s fan service. Why would there be a ‘Community’ movie? Who do you think is going to walk in off the street and buy popcorn and sit and watch a ‘Community’ movie like that? They deserve to be punished. Why are they doing that?'” 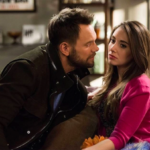 Also Read:
Joel McHale on How Pandemic Has Affected the Possibility of a ‘Community’ Movie

The “Rick and Morty” co-creator continued: “Saying that that person doesn’t exist is a lot different from asking yourself structurally if you’re supposed to design the movie for them, because there’s a new viewer inside of all of us. If every Marvel movie started with inside references to all 90 other Marvel movies, even if you had seen all of them — even if on one level you’d be like, ‘This is the greatest Marvel movie ever because all of the movies are in here ‘— I think that a part of your brain would be going, ‘Yeah, but it’s kind of not a good movie for this reason. It’s just speaking in gibberish. What does this mean?'”

“Community” ran for six seasons from 2009-15, with its first five years airing on NBC and its final season on the now-defunct Yahoo Screen streaming service.

Last May, in the early days of the pandemic, “Community” alums Joel McHale, Ken Jeong, Donald Glover, Gillian Jacobs, Danny Pudi, Yvette Nicole Brown, Alison Brie and Jim Rash joined Harmon in a virtual table read of a Season 5 “Community” episode to benefit coronavirus relief efforts. During that event, Glover and the rest of the cast agreed to fulfill fans’ dreams of #SixSeasonsAndAMovie if Harmon would write it.

Harmon told Vulture that, “formalistically,” he owes a movie that “Community” fans can not just enjoy, “but they can stand back and go, ‘You know, the crazy thing about this movie is that if you didn’t know there was a show, this is an insanely good movie.'”

“There’s a reason to watch it and then definitely watch the series because now you’re like, ‘Holy crap.’ I don’t know if that’s arrogance, pretentiousness, responsibility, self-deprecation, torture. I can’t get myself out of that camp,” Harmon said, adding, “Yes, there will be inside baseball. Yes, there will be fan service, but it has to be couched in [a movie].” 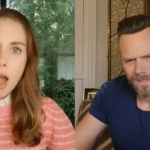 Despite his own philosopical block to making a “Community” movie, Harmon said “logistically,” the “locks are coming away” to producing a feature-length reunion of the Sony Pictures Television-produced show.

“There is, like … a thing is happening. Logistically, the locks are coming away,” Harmon said, noting that at least once a week he’s thinking about a “Community” movie and the “gears are turning” on the project. “And the only problems are becoming the creative ones, which is great, because I love those problems. I love having these conversations, and they’re being had. That’s a scoop you get, because I had a little Ketel One with my LaCroix.”

For Harmon, solving the creative problems may ultimately look something like this: “If history is any teacher, what I will try to do is solve all those problems, and I’ll end up making a big plate of self-indulgent spaghetti that only five people love.”

Sony Pictures Television did not immediately respond to TheWrap’s request for comment Friday.