Conan O’Brien has made a deal so sell his network of podcasts, including “Conan O’Brien Needs a Friend,” to satellite radio giant SiriusXM for an estimated $150 million, TheWrap has confirmed.

The late-night veteran is selling his Team Coco digital media imprint, including its 10 podcast titles, the Wall Street Journal first reported Monday. The deal includes a five-year talent contract for O’Brien himself.

Terms of the deal were not disclosed, but the WSJ cited people familiar with the sale in estimating the $150 million figure. 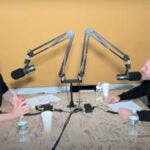 O’Brien will also produce a full-time comedy channel for Sirius, which will include “Conan O’Brien Needs a Friend,” the celebrity interview show he launched in 2018 and consistently charts in the top 40 podcasts in the U.S.

O’Brien’s Team Coco staff will move over to SiriusXM to continue to produce his podcasts, which will still be available across other platforms.

“When I started in television my ultimate goal was to work my way up to radio,” O’Brien said in a statement. “This new deal with SiriusXM builds on the great relationship that began several years ago. with a team that is the standout in their field.”

“We are thrilled that Conan remains committed to producing his incredibly successful podcast and will
now expand his role into executive producing an exclusive Team Coco radio channel for SiriusXM,” said
Scott Greenstein, President and Chief Content Officer of SiriusXM. “Conan has built an amazing brand
and organization at Team Coco with a proven track record of finding and launching compelling and addictive podcasts. We look forward to continuing to grow the Team Coco brand.”