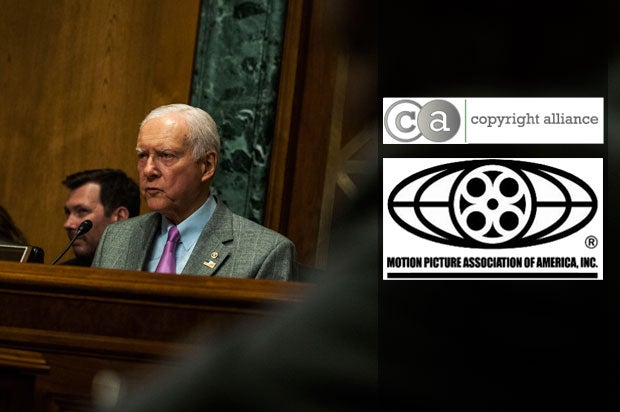 The legislation would force U.S. trade agreements to require that countries buttress their enforcement efforts in order to get preferential benefits.

Aides said the latest legislation incorporated the same standards that had first been proposed two years ago. That legislation failed to get a congressional vote.

The entertainment industry is hoping that the trade requirements will push some of the countries negotiating the Trans-Pacific Partnership agreement to step up their efforts to fight piracy and officials of several associations in statements Thursday night praised the latest legislation.

“By establishing clear rules for opening foreign markets to exports of U.S. creative content, promoting innovation and creativity through the protection and enforcement of U.S. intellectual property rights, and fostering legitimate digital trade that will benefit both of creators and consumers this legislation is an important step that will benefit American businesses, workers and the overall economy for years to come,” MPAA Chairman and President Chris Dodd said.

“To meaningfully take advantage of the expanding opportunities presented by both technology and trade, creators rely on strong enforcement of copyright protections consistent with U.S. law. The TPA legislation appropriately reflects this understanding,” she said.

President Obama has urged the legislation’s passage saying it would ensure the U.S. gets the best deal in trying to negotiate trade agreements.