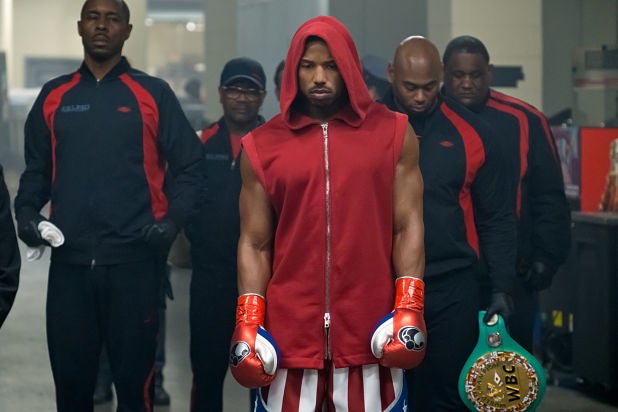 MGM has tapped Zach Baylin, the screenwriter behind the upcoming Richard Williams biopic “King Richard,” to write the screenplay for “Creed 3,” an individual with knowledge of the project told TheWrap.

No production date or release date has been set for the third film in the “Rocky” spinoff franchise of boxing movies starring Michael B. Jordan, as Jordan’s shooting schedule is particularly crowded.

Plot details for “Creed 3” are also not confirmed for the sequel, and the film still needs a director.

“King Richard” is Baylin’s debut screenplay that appeared on the 2018 Black List and is about the father of tennis greats Serena Williams and Venus Williams, with Will Smith attached to play their father in the film. Baylin has also worked in the art department on films such as “Jack Goes Boating” and “Side Effects.”

The first “Creed” from director Ryan Coogler saw Sylvester Stallone return as Rocky Balboa but this time to train Jordan’s character Adonis Creed, the son of Apollo Creed from the original “Rocky” films. It scored Stallone an Oscar nomination, and the film made $173 million worldwide. The sequel “Creed II” from 2018 did even better at the box office and made $214.2 million worldwide.

Baylin is represented by CAA and Grandview.