“CSI: Vegas” is losing two franchise stalwarts when it returns for Season 2, but may be pulling back another “CSI” vet. TheWrap has learned that Marg Helgenberger is early talks to reprise her role as Catherine Willows.

TV Line was first to report on Helgenberger’s potential return, which a source told TheWrap is in the early stages. 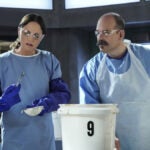 Helgenberger most recently starred on the first two seasons of CBS legal drama “All Rise,” which is moving over to OWN for its third season. Helgenberger will not be part of the main cast, as she was committed to another pilot when the show was canceled by CBS.

Helgenberger starred in the first 12 seasons of the original “CSI,” and returned for a guest spot during the 14th season.

“CSI: Vegas,” a revival of the original “CSI” series, was renewed for a second season without William Petersen, whose deal to reprise his role as Gil Grissom was only for one season. Shortly after, Fox said she would not return as Sara Sidle. 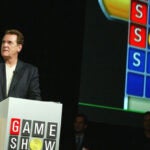 “Hey all you #CSI fans! After much deliberating, I have decided not to ‘Sidle up’ for CSI Vegas. For me CSI has always been a love story. The story that people can find love in the darkest of places and times,” Fox wrote on Twitter last month. “And the story that love, even in the darkest of places and times, can expand and grow roots and endure. I personally just can’t split Sara and Grissom up again. So goes Grissom…..So goes Sara. Wherever they go, they belong together.”