Just hours after apologizing to Taylor Swift about comments he made questioning her songwriting abilities, British artist Damon Albarn dedicated his final song at an L.A. concert on Monday to the L.A. Times writer whose interview set off the whole dust-up.

Albarn did not mention Swift specifically during his concert at Walt Disney Concert Hall, but just before his final song of the night — a mostly acoustic version of Blur’s “Song 2,” performed on piano, with string accompaniment and an electric bass — he brought up the L.A. Times interview that prompted the social media exchange with Swift (Albarn apologized to the artist in a tweet on Monday).

The singer/songwriter from Blur and Gorillaz told the L.A. crowd that he and the Times writer, Mikael Wood, had discussed songwriting in the interview “before he cast me into the social media abyss.” The Times writer asked Albarn if he was going to play the 1997 Blur hit “Song 2” at his gig. Albarn said his team of musicians had worked on the song and went on to dedicate the closer (which was “Song 2”) to the interviewer.

For the record, despite the social media reaction to Albarn’s comments Monday, this reporter did not see any Swift protesters outside of the Brit’s show. 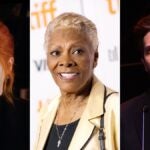 On Monday, Albarn’s remarks made headlines after Swift tweeted, “@DamonAlbarn I was such a big fan of yours until I saw this. I write ALL of my own songs. Your hot take is completely false and SO damaging. You don’t have to like my songs but it’s really f—ed up to try and discredit my writing. WOW.”

Swift was reacting to the Times interview in which Albarn claimed that Swift “doesn’t write her own songs.” Although Albarn quickly apologized, writing, “I totally agree with you. i had a conversation about songwriting and sadly it was reduced to clickbait. I apologise unreservedly and unconditionally. The last thing I would want to do is discredit your songwriting. I hope you understand. – Damon,” he ended up on the receiving end of a flood of social media slams from Swift fans.

Among those who showed support for Swift was Monday was her friend and producer Jack Antonoff, who tweeted, “i’ve never met damon albarn and he’s never been to my studio but apparently he knows more than the rest of us about all those songs taylor writes and brings in.”

Albarn is certainly no stranger to a public fracas with another artist. His band Blur were pitted against Oasis in the mid-90s in Britain in what’s been called the “Battle of Britpop.” 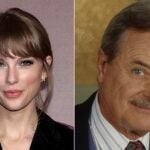