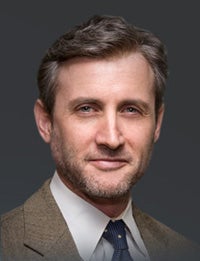 Dan Abrams, NBC chief legal analyst and founder of the fledgling Mediaite, took a break from his seemingly endless Tiger talk commitments to announce plans on Tuesday for three new sites in early 2010.

· Styleite will be a fashion and beauty site with significant user-generated content and, eventually, integrated e-commerce. It will combine news about the runway world of classic haute couture with the happenings of the up-and-coming street-style community.

· Geekosystem will celebrate and cover “geek” culture with reports and analysis on the myriad aspects of geekdom: from gadgets and video games to comic books and science fiction. The site will merge the content aggregation of popular “Internet Culture” destinations with the editorial voice of the post-Web 2.0 generation of geek luminaries.

· SportsGrid will generate content primarily from our most complex Power Grid to date. This will combine multiple financial, statistical, and media metrics to determine who are the biggest forces in all aspects of sports, on and off the field.

Each site will unfortunately include a version of Mediaite’s ill-conceived “Power Grid.”

No editors have been named yet but they will likely come from “within the Mediaite family,” according to Abrams.

Meanwhile, the 6-month-old flagship Mediaite and its “network” is on track to attract more than 1 million unique visitors this month.

Abrams added that he expects to turn a profit next year.