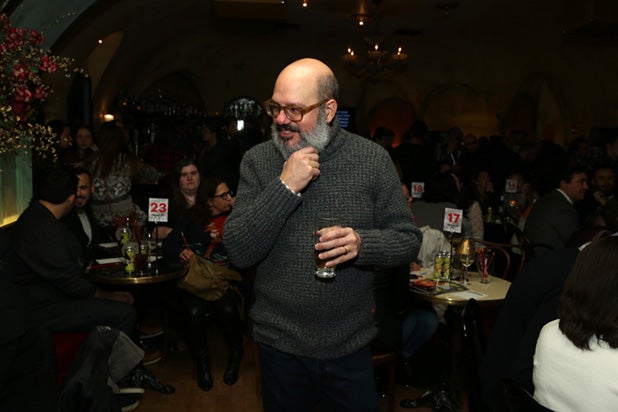 David Cross has once again responded to accusations from actress Charlyne Yi that he made racist comments to her 10 years ago, explaining that if he did make offensive statements, he meant them as a joke.

“With the luxury of time and critical thought (two things antithetical to Twitter) in regards to all of this I believe I may have figured it out,” he wrote in the note shared to Twitter, which was titled “A Fruitless Endeavor Part 2.”

“Firstly, there are two important facts to consider here. 1) I have NEVER said, ‘ching chong, ching chong’ unless I was doing some asshole redneck racist character,” he wrote. “And 2) I was meeting my friends [sic] girlfriend for the first time.”

In the post, Cross describes meeting Yi for the first time at a hotel bar in Louisiana. He explains that upon being introduced to her he “must have done my asshole redneck racist character.” He said he had no indication that Yi or anyone else who witnessed the interaction was offended by anything they saw.

“Charlyne did not understand I was doing my ‘welcome to Shreveport greeting,'” the Atlanta-born actor wrote, referencing the Louisiana city where they had gathered to film a movie. “As well, I had NO IDEA she was upset or I would’ve apologized to both her and Michael. I believe that had to be it because I would never knowingly treat someone like that.”

The statement comes after Yi accused Cross of making the racist remarks in a tweet on Sunday. “I think about the first time I met David Cross 10 years ago & he made fun of my pants (that were tattered because I was poor),” the “Stephen Universe” star wrote. “Dumbfounded I stared at him speechless and he said to me ‘what’s a matter? You don’t speak English?? Ching-chong-ching-chong.'”

“Then after he saw I was offended he asked me if I was going to fight with him karate in a southern accent,” she continued. “Then a few years later he was re-introduced to me after my comedy show with his girlfriend at the time & he said ‘Hi nice to meet you.'”

On Tuesday, after multiple users flagged the tweets to him, Cross responded with a request that Yi send him a private message. “Charlene, I don’t remember this at all!” he wrote. “It’s bonkers to me and WAY, way out of character. DM me so I can understand all of this.”

Cross concluded his statement on Wednesday by taking aim at those who criticized him online.

“To all the strangers who flood my timeline and even my Instagram (!) to tell me, with very little information and even less context that I am a racist piece of s— creep bully a–hole etc. I truly hope this happens to you too,” he wrote. “Maybe then you won’t be so quick to judge. But… probably not.”