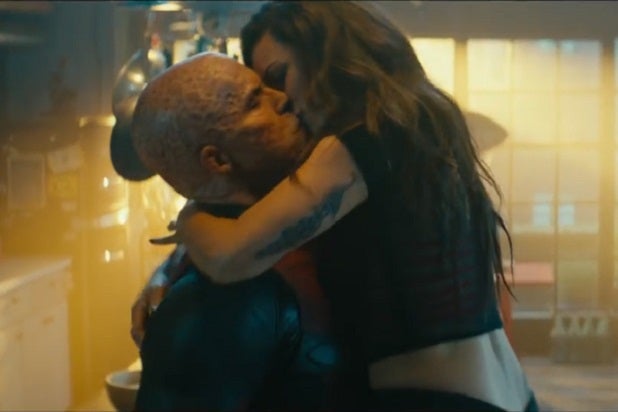 (Note: This post contains spoilers for the beginning and ending of “Deadpool 2.”)

The “Deadpool” movies might be meta, sarcastic and raunchy, but that doesn’t mean they’re not emotional, too. In fact, both “Deadpool” and “Deapdool 2” put protagonist Wade Wilson through the wringer in terms of emotions, and each time, he comes out a better man for his experiences.

One of the elements of the emotional growth Wade (Ryan Reynolds) experiences in “Deadpool 2” has some viewers annoyed, though. The trouble is a long-running story trope that’s especially prevalent in comics and superhero-type stories, one that some see as sexist, and one that’s a big part of the story of “Deadpool 2.” That trope is called “fridging,” and it’s something many have criticized as being too prevalent in stories about super dudes fighting super baddies.

“Fridging” or “women in refrigerators,” is a term coined by comics writer Gail Simone, and it’s a shorthand term to describe a storytelling shortcut in character development for heroes. It generalizes a specific scene in a 1994 Green Lantern comic, in which the DC hero comes home and literally finds his girlfriend murdered and placed in a refrigerator. A supervillain, looking to get at Green Lantern hero Kyle Rayner, targets the woman in his life, and she’s placed in a refrigerator — essentially, out of the story.

The idea here is that women are made into victims in comics and superhero stories, specifically so men can have motivations, emotions and character development. It renders women into objects in stories while men get to be characters who have agency. When the girlfriend or wife is killed or kidnapped, the hero gets what he needs to go forward and stop the bad guy. Simone launched a website identifying the trend in comic stories, and it’s a trope that’s still prevalent in all kinds of pop culture storytelling today.

Case in point: “Deadpool 2.” Early in the story, Wade returns home from a hard day of murdering and beating down bad guys to celebrate his anniversary with Vanessa (Morena Baccarin). The pair talk about starting a family and we see how happy they are, until one of the baddies Wade missed busts in with a bunch of guys and tries to kill Wade. He survives, of course, but a stray bullet kills Vanessa.

It’s a key plot point in the way “Deadpool 2” is constructed, because it forces Wade to experience some serious emotional growth. He goes out and creates a new family of friends, and develops new and important relationships with other characters in Vanessa’s absence. She shows up occasionally in dream sequences to guide Wade on the right path forward from the afterlife. Functionally, Vanessa spends “Deadpool 2” helping Wade grow as a person, while riding out most of the movie in the metaphorical fridge.

The same trope also gets deployed for the motivation of Cable (Josh Brolin). The time-traveling badass comes back from the future to kill Russell (Julian Dennison), because in the future, Russell killed Cable’s wife and daughter in order to get to him. Other than Domino (Zazie Beetz), the women in “Deadpool 2” mostly exist to give the men a reason to be anguished and vengeful.

There’s some debate over whether “Deadpool 2” actually handles the fridging trope with subversive skill or not, though. The movie ends with Wade using a time travel device he swiped from Cable to go back and undo a bunch of things — specifically, he travels back and, working with Vanessa, prevents her death at the hands of the bad guys.

Some interpretations see the move of going back and saving Vanessa as a subversion of the fridging trope, using the situation to make a joke about the trope in general. But in an interview with Vulture, “Deadpool 2” co-writers Rhett Reese and Paul Wernick said they weren’t aware of the trope specifically, which suggests the send-up might not have been purposeful. Whether intentional or not, though, “Deadpool 2” is full of examples of the movie goofing on and calling out things like sexism and toxic masculinity, so it’s not a terrible stretch for some to extend the benefit of the doubt to its take on fridging, too.

As Baccarin put it to Bustle, Vanessa still remains the heart of the story in “Deadpool 2,” even if she is fridged, so there might not be one correct interpretation of how “Deadpool 2” handles this particular issue. In any event, the concept of fridging getting a big spotlight with “Deadpool 2” might at least encourage other writers to examine the ways they motivate their characters.