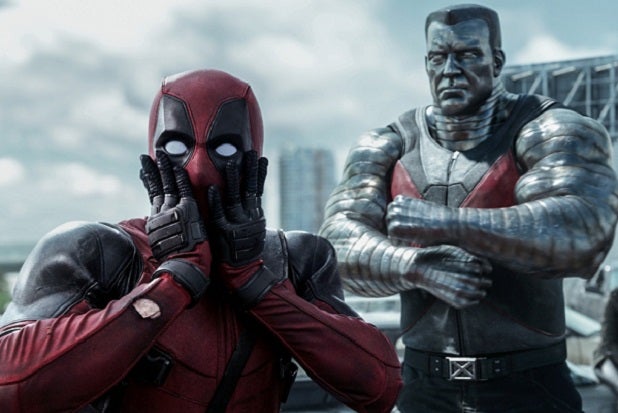 Wendy Molyneux and Lizzie Molyneux-Loeglin (“Bob’s Burgers”) have been tapped to write the third installment of the “Deadpool” franchise for Marvel Studios and Ryan Reynolds, according to an insider with knowledge of the project.

This marks the first film where Marvel Studios will work in partnership with Ryan Reynolds and Team Deadpool. The sequel is expected to be R-rated like the previous two “Deadpool” installments, which would be a first for Marvel Studios.

On Friday, Reynolds tweeted about the news with emojis referencing “Bob Burgers.”

“Deadpool” is among the most successful Fox IP that Marvel Studios inherited, along with the “Fantastic Four” and “X-Men” franchises. “Deadpool 2,” released in 2018, earned $785 in worldwide box office and was the highest grossing R-rated film until 2019’s “Joker” topped it at $1.074 billion.

In 2016’s “Deadpool,” Reynolds won over audiences with his snarky, fourth-wall-shattering jokes that referenced other superhero films. In a moviegoing culture where superheroes are king, that quality earned the character perpetual relevance. Reynolds has taken advantage of that over the past few years by firing out tweets about whatever superhero blockbuster had just come out, often with the same meta-humor his mutant alter-ego is known for — to the point where the line between actor and character have become blurred. And if you’ve seen “Deadpool 2,” you know that line-blurring leads to hilarious results in the film’s post-credits scene, where Reynolds quite literally turns Deadpool’s acerbic wit on himself.

Wendy Molyneux and Lizzie Molyneux-Loeglin are known for their Emmy-winning animated series  “Bob’s Burgers.” The sisters also serve as the creators, showrunners and executive producers of the upcoming Fox series “The Great North,” which is set to debut in Feb. 2021 and has already been renewed for a second season. The sisters won an Annie Award in 2017 and have been nominated for three WGA Awards.

Molyneux and Molyneux-Loeglin are repped by Kaplan/Perrone Entertainment and attorney Gregg Gellman.