"Dear John,” the surprise hit romance that opened over the weekend, might not have been as big a hit if it had the 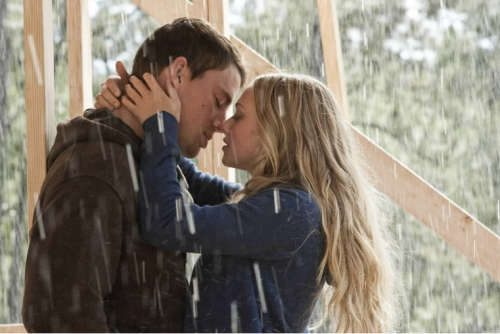 In a real-life twist, the movie until three weeks before its release featured an ending that was much more downbeat than the one that played in theaters this past weekend, according to executives who worked on the film.

Based on the novel by Nicholas Sparks, the movie is about young soldier John (Channing Tatum) who falls in love with college student Savannah (Amanda Seyfried) while home on leave. After 9/11, John decides to reinlist, and the story follows their love over his prolonged absence.

The original ending followed the book more faithfully — and the two lovers (spoiler alert) were not united.

Page Six was first to refer to a new ending two days before the movie opened.

The sad ending bothered the executives behind the film at Relativity Media, who argued with director Lasse Hallstrom and producers Marty Bowen and Wyck Godfrey that audiences would want to see the couple have a chance at being together, according to two executives on the film.

Relativity declined to comment for this story, and Sony did not immediately respond to request for comment.

Three weeks before its Feb. 5 release, the production went through a frantic reshoot to allow for a more hopeful resolution, despite Hallstrom’s skepticism.

But it wasn’t a sure thing until they tested the new ending.

Market research helped convinced Hallstrom and the producers that it was the better choice, and the new scenes were added at the last minute.

With a $31 million opening, they’re probably glad they did.