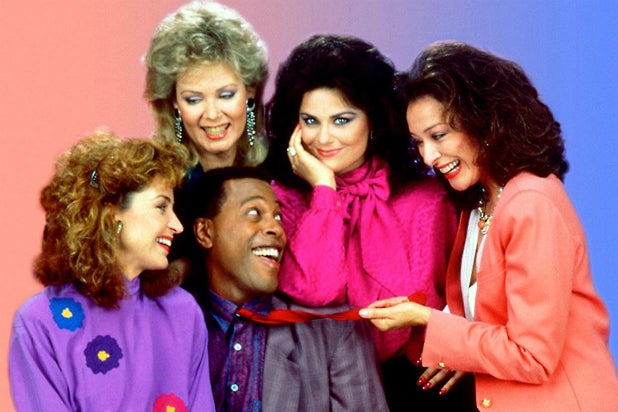 Sony has yet another reboot in the works. The television studio is developing an update of the ’90s sitcom “Designing Women.”

The show’s original creator, Linda Bloodworth-Thomason, is attached to lead the reboot, according to TVLine.

“Designing Women” ran for seven seasons on CBS, before concluding on May 24, 1993, sharing a night with “Murphy Brown.” You know, that other classic comedy about to return to the network.

The series centers around the fictional design firm Sugarbaker and Associates, a witty bully pulpit for caustic social and political humor. The founder of the company is Julia Sugarbaker (Dixie Carter), a sharp-tongued but elegant and surprisingly compassionate woman. Her younger sister, Suzanne (Delta Burke), is a former beauty queen who is long on charm but a bit slow on the uptake. Their associates are Mary Jo Shively (Annie Potts), a recent divorcee, and officer manager Charlene Frazier (Jean Smart), whose sweetness is matched only by her naivete. Their deliverman is Anthony Bouvier (Meshach Taylor), a well-spoken ex-convict, and cheerfully dotty senior citizen Bernice Clifton (Alice Ghostley) often drops by for a visit as well.

It is unclear what cast members — if any — would return for the reboot, with Carter having passed on in 2010 and and Taylor in 2014.

Sony had no comment when reached by TheWrap and a representative for Bloodworth-Thomason did not immediately respond to our request.

If taken to series, the reboot would join a long list of shows that have either already been brought back or are currently in the works, including its pal “Murphy Brown,” “Will & Grace,” “Roseanne,” “Alf,” “$100,000 Pyramid,” “Aeon Flux,” “Amazing Stories,” “American Idol,” and “Animaniacs.”