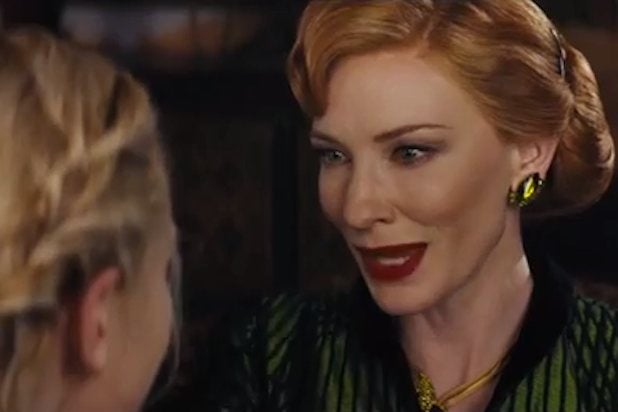 The live-action version of “Cinderella” will be released in IMAX theaters globally beginning March 13, IMAX and The Walt Disney Studios announced Tuesday.

The remake of the classic Disney film was directed by Academy Award nominee Kenneth Branagh and stars Academy Award winner Cate Blanchett as the Stepmother and Lily James in the title role.

“Based on the timeless classic, ‘Cinderella’ now is a visually breathtaking live-action gem from the hugely talented Kenneth Branagh, with whom we’re thrilled to partner again, as well as the wonderful team at Disney,” said Greg Foster, Senior Executive Vice President, IMAX Corp. and CEO of IMAX Entertainment. “Having been fortunate to see the movie several weeks ago, we believe ‘Cinderella’ will resonate with movie-goers from around the globe, and we can’t wait to share it with IMAX audiences worldwide.”

The film follows the story of a young girl named Cinderella (James) who is forced to live with a wicked stepmother (Blanchett) and two wicked stepsisters (Holliday Grainger and Sophie McShera). Cinderella’s life is changed forever when one day she meets a beggar woman (Helena Bonham-Carter) who offers her a magical escape from her dreadful existence.