It’s hard to tell good from evil in “Beyond the Law,” but in the brutal first trailer — released ahead of its upcoming day and date release — Johnny Messner and DMX are determined to figure it out. Despite, of course, the violence meted out by a host of thugs — and Steven Seagal’s trademark wrist-snap. Watch the new trailer, and a lot of brutal beatdowns, exclusively above.

From director James Cullen Bressack (“Alone,” “Bethany,” “Blood Craft”), “Beyond the Law” stars Messner (“Silencer,” “Weaponized”) as an ex-cop dragged back into his old life after his estranged son is murdered. With nothing to lose, he searches for answers among the city’s most corrupt and dangerous people and crosses paths with a veteran detective (DMX) also determined to uncover the truth. But as their investigations drag them deeper into the criminal underworld, the come up against the local mob, and a mysterious criminal enforcer (Seagal).

“Beyond the Law” opens theatrically Dec. 6 in 11 markets and 20 cities, including Los Angeles, Atlanta, Houston and Toronto; it will also be available day and date on-demand and on digital platforms.

The film, from Cinedigm Corp., also stars Zack Ward (“Transformers”) and Chester Rushing (“Stranger Things”), with Bill Cobbs (“Demolition Man”) rounding the cast out as the rough yet compassion friend and mentor to Messner’s former cop.

Along with the trailer comes an official, extremely throwback (in a good way) poster. Check it out below: 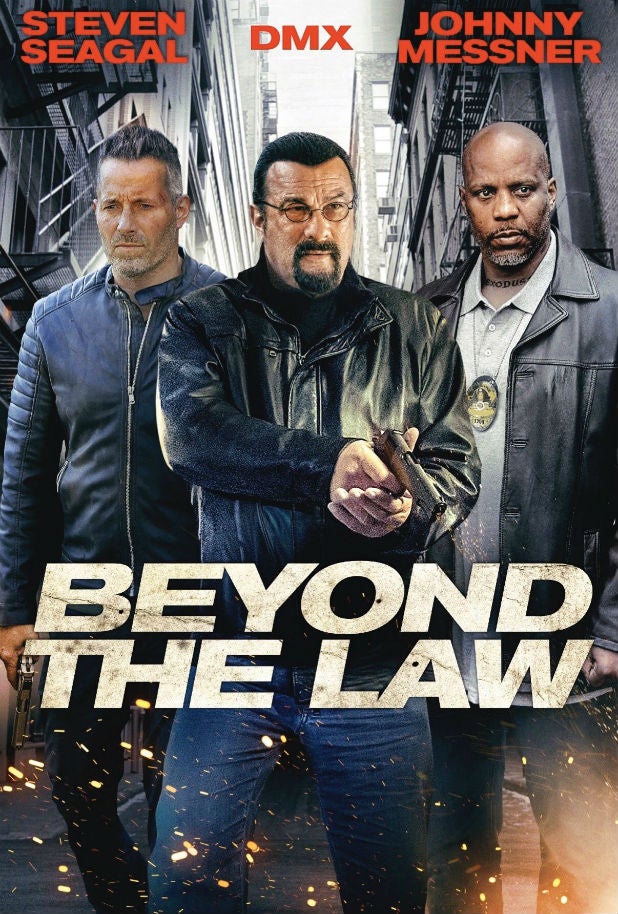