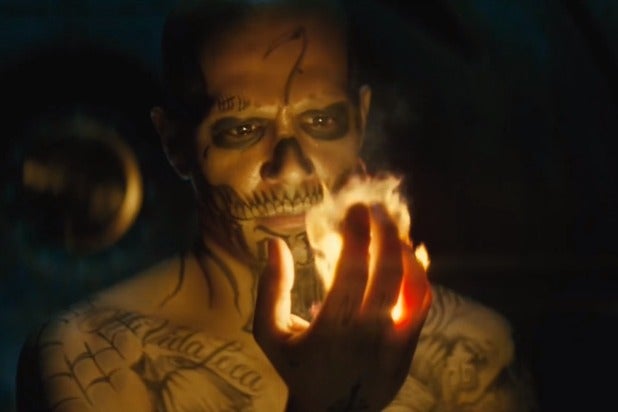 This summer, something miraculous happened when Warner Bros. released the “Batman v Superman” extended cut and it, gasp, managed to be a vast improvement over the theatrical cut even withing the running time ballooning to three whole hours. I had some small hope that an extended cut could do the same for “Suicide Squad.”

When it was released in August, though, I thought it was significantly worse than the theatrical cut of “Batman v Superman.” It was a different sort of bad — the issues plaguing “Suicide Squad” were very different from those that plagued Zack Snyder’s grim ‘n’ gritty superhero mashup. But, hey, you never know.

I have watched the “Suicide Squad” extended cut now, though. And I can say with confidence that if you were looking to find some glimmer of hope at the dawn of Trump’s America via this story of bad guys gaining redemption by using their powers for good … well, you’re in for a rude awakening.

Yes, the extra 12 minutes added into “Suicide Squad” do make it a better movie. The additions are all about character — notably, the scene where our anti-heroes hit up a bar before taking on the Big Bad is now much longer. That’s probably the best scene in the movie, so that extension, at least, is very welcome.

We also get an extra flashback with Harley Quinn (Margot Robbie) and the Joker (Jared Leto), and a bit in the present day in which Harley hassles the other members of the Suicide Squad as they walk through the streets of Midway City. There’s a decent moment in the latter in which Katana takes off her mask briefly.

But those 12 minutes do not even remotely do enough to fix “Suicide Squad.” It’s still fundamentally broken in a way that “Batman v Superman” was not. Whereas when I watched that movie for the first time it felt like something was missing, “Suicide Squad” was instead just a complete failure of vision.

In August, I said that “Suicide Squad” isn’t really a movie because it doesn’t function as one. Here’s how I summed up that sentiment:

What a movie has to have on the absolutely bottom level is narrative cohesion, whether that narrative is actually a “story” or some less concrete attempt at expression. There is something to be communicated, and the entire film is supposed to try to deliver it. Often the narrative fails, and a movie ends up being bad.

The reason “Suicide Squad” isn’t just a bad movie is because a side effect of [its] lack of understand of the language [of cinema]  is a lack of understanding of that basic function of movies. It doesn’t fail in its attempt to tell a coherent story — it doesn’t know what a story is, what a movie is, how scenes work or what characters are.

All of that is still true. The new scenes with Harley feel inserted almost at random — there’s probably an hour-long chunk of “Suicide Squad” where those bits could have fit anywhere just as well as they fit in the spot they ended up.

And that’s the story of “Suicide Squad” as a whole. It’s a random sequence of scenes and montages assembled haphazardly. The extended cut doesn’t change that, it just adds more to it.

What “Suicide Squad” needed was not an extended cut, but rather a totally new, fresh cut. It needed to be re-edited completely. This extended cut doesn’t do that, and so it’s just a longer, more excruciating version of an already terrible movie.