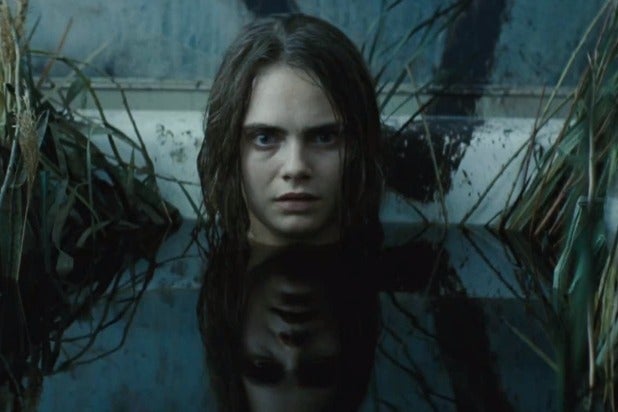 (Warning. There are spoilers for “Suicide Squad” contained in this column.)

There are movies, and then there are things you record as a sequence of photos that when displayed in quick succession will show you an event that took place in motion.

And “Suicide Squad” isn’t a movie.

A movie, at its most basic level, has to function a certain way. We’ve been watching movies for so long that most people take those fundamentals for granted or don’t even realize they’re there.

We refer to that fundamental aspect of cinema as its language. It’s how we understand what’s going on when the camera cuts from one person to another within a scene, or when one scene transitions to the next, or how every scene eventually adds up to form the whole thing.

There’s a tremendous amount of flexibility in that language — that’s why there’s also a tremendous amount of variety in cinema overall. At the end of the day, Terrence Malick is playing by the same rules Michael Bay is. They just have different accents and use their own colloquial phrasings. Just like how an American and English person will speak English differently than each other even though they’re using the same language. Movies from Malick and Bay may have very different ideas for how to deliver a narrative in a movie, but they’re both speaking fluent film.

But “Suicide Squad” doesn’t speak cinema. It knows some of the words but has no grasp of the grammar and can’t form even the simplest of complete sentences.

What a movie has to have on the absolutely bottom level is narrative cohesion, whether that narrative is actually a “story” or some less concrete attempt at expression. There is something to be communicated, and the entire film is supposed to try to deliver it. Often the narrative fails, and a movie ends up being bad.

The reason “Suicide Squad” isn’t just a bad movie is because a side effect of that lack of understand of the language is a lack of understanding of that basic function of movies. It doesn’t fail in its attempt to tell a coherent story — it doesn’t know what a story is, what a movie is, how scenes work or what characters are.

The easiest way to explain this is with the character of Slipknot. He’s one of these bad guys Amanda Waller wants to include on her Task Force X, but “Suicide Squad” doesn’t treat him like one of the team. The others are all introduced with little montages, but Slipknot just shows up when the team is being assembled. He had not, to that point, even been referenced aside from his picture being arrayed among the others on a screen behind Waller when she was pitching the Suicide Squad concept to her superiors.

I expect the reason Slipknot’s intro was cut is because he dies very early on — he’s the one Rick Flag kills to show that he and Waller mean business with those bombs they’d put in each of the squad members’ neck.

But the part where Slipknot gets his head blown off doesn’t mean anything because we had not actually been introduced to him. This kind of thing only works if character getting offed had previously been treated the same as everybody else. Think, for example, Nobu in “Battle Royale” — the teacher running the death game kills him as an example early on, and it’s shocking because he’s the main character’s best friend and that relationship was well established.

“Suicide Squad” shows that sort of disregard for meaning or purpose. The first third is just a series of redundant montages and flashbacks rather than cogent scenes, all structured like character-focused teaser trailers. And there’s no rhyme or reason to the arrangement of these bits or anything that comes after. Scenes appear to take place out of sequence — the only mission the Suicide Squad is given is to handle the fallout from the decision to form the Suicide Squad.

And actually using the team against the threat of Enchantress and Incubus makes no sense. I mean, sure, send the fire god in, but what’s the logic behind tossing the boomerang guy, the clown lady with a baseball bat, the ropes guy and the dude who shoots guns good against 6000-year-old magic people who are invulnerable to all those things?

The list goes on and on, and it hurts to watch. Since we’re familiar with the language, we subconsciously know what to generally expect from a movie — the effect of “Suicide Squad’s” ignorance of that language is that it just feels wrong all the way through.

I imagine “Suicide Squad” wasn’t always so willfully disorienting and bizarre, given the tales from the past week of all the behind-the-scenes shenanigans and meddling from above that took place over the last several months. The result of all that doesn’t feel like a hackneyed salvage job, though, like last year’s “Fantastic Four” was. It instead feels like somebody recut it using an algorithm for fun that was spit out by a computer that didn’t have access to any information about movies.

The best comparison I can think of is “Meet the Spartans.” That thing was really a series of product placement ads masquerading as a movie, and it was impossible to trace any kind of line from one scene to the next because of it. “Suicide Squad,” at least, isn’t some big commercial, but the way it functions is very similar. They’re both chaotic, seemingly put together at random, and the sequence of events from end to end is impossible to grasp.

It’s not just a “Suicide Squad” problem, though. Seeing this thing last week put me in a funk because this kind of haphazard assembly of a big-budget blockbuster that disregards the fundamentals of how movies work is starting to feel like a trend. “Jurassic World,” “Star Wars: The Force Awakens,” “Batman v Superman,” “X-Men: Apocalypse,” “Warcraft” and “Suicide Squad” is just the latest. If it were intentional, like some kind of new New Hollywood movement, it might be worth getting excited about.

But there’s no ideology here. It’s just studios seemingly not caring about whether their movies are good as they mindlessly chase demographic focus group checkboxes. And right now we’re staring down the barrel of “Rogue One: A Star Wars Story,” about which the behind-the-scenes chatter this year has been startlingly similar to that of “Suicide Squad” in the months ahead of its release.