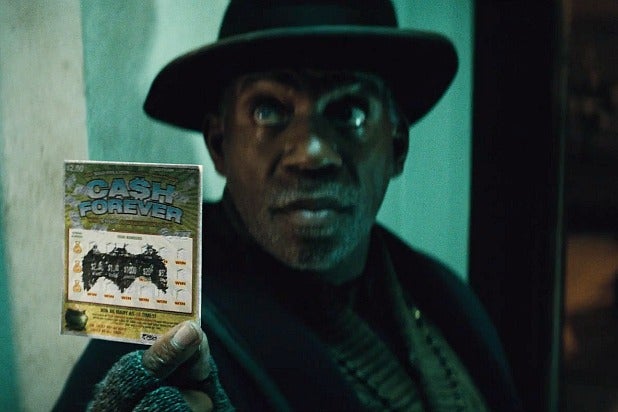 (Major spoilers for “Batman v Superman” ahead. Just a heads up.)

After I first saw “Batman v Superman: Dawn of Justice” back in March, I was kinda at a loss to describe exactly why I hated what I had just seen.

It was nonsense, but I couldn’t really put my finger on why. It didn’t make sense and all the character motivations were obscured, and I knew something was missing — but I could only imagine what. It felt like all that badness was on purpose, that it was the filmmakers’ intent as artists, by way, of course, of the demands of studio executives.

Now we have the “Batman v Superman: Ultimate Edition,” which itself seemed like the ultimate kind of cynicism: R-rated, inexplicably, and 30 minutes longer than the theatrical version. Talk about a home video cash-in! A longer cut seemed desperate, after the film didn’t become the box office mega-juggernaut Warner Bros had hoped it would.

The nerd apologists embraced the idea — which was exactly what WB was hoping: No, for real, the longer version will be better, totally. I scoffed.

But I watched it. And, lo and behold, somehow “Batman v Superman: Dawn of Justice” has become something that approaches a functional movie. In the process, it only makes the original cut even more inexplicable and terrible.

What the extended cut of “Batman v Superman” adds is nothing less than all the skeletal structure it needs to make sense as a story. What’s most shocking about it is that they had all this stuff before and removed it.

In the theatrical cut, the whole thing with Lois’ trip to Africa and the subsequent framing of Superman for some murders there seemed like a weird tangent because it never went anywhere and there was never any explanation given for why anyone thought Superman had randomly murdered some civilians. In the Ultimate Edition, the trip becomes the entire lynchpin for the story, as it folds into Lexcorp’s larger ploy to destroy Superman.

It turns out Lex Luthor’s people had paid that woman to lie that Superman committed those murders, essentially to mess with him and give him some self-doubt. Lois does more journalism and unravels this greater plot — including the hugely important fact that Superman couldn’t have known that Wallace Keefe’s wheelchair was filled with explosives because it was lined with lead, and his X-ray vision can’t see through lead. It’s a ploy that we can actually make sense of with the evidence at hand, instead of by filling in the gaps.

We also have more Superman and Clark Kent in general. I knew the theatrical cut hated him — it actively tries to prevent you from understanding him as a person and thus cuts off any attempts to empathize with what he’s doing. But it turns out the theatrical version of the film hated him even more than I realized, given the scenes that were restored for the Ultimate Edition. Here we have several scenes of Clark going out and doing journalism.

We have what might be the most important scene in the entire movie for Superman as a person: After the bombing at the Senate hearing, he actually helps people in this version instead of simply flying away. He stands outside, surveying the carnage, feeling immense guilt about not being able to save them. His comment to Lois, included in the theatrical version, about how he couldn’t prevent the bombing because he wasn’t trying to, holds emotional weight rather than communicating apathy. Lois’ later discovery about the wheelchair being lined with lead means Supes was outplayed, not that he didn’t care.

Everything wrong with “Batman v Superman” isn’t fixed, though. Wonder Woman is still an underdeveloped addition to the plot. Jesse Eisenberg‘s Lex Luthor is still weird. The whole “Martha” thing is still cringeworthy. The big fight at the end is still incomprehensible. Oh, and three hours is way too long.

This extended version making sense makes the theatrical cut all the more irritating. They had the pieces to make the plot work, and they chose not to use them. They decided that the stuff that had to go to keep it at 150 minutes included most of the key story beats.

In any case, the “Batman v Superman” Ultimate Edition will be a nice thing to have going forward into the DC Extended Universe. It’s not the best possible version of the movie, but it’s better than being saddled with the theatrical cut forever.

I guess I’ll take what I can get at this point, even if it’s just a salvage job.

How does this new and improved version of “Batman v Superman” stack up against the rest of the DC Comics movies that have been released over the years? Find out in our rankings below.