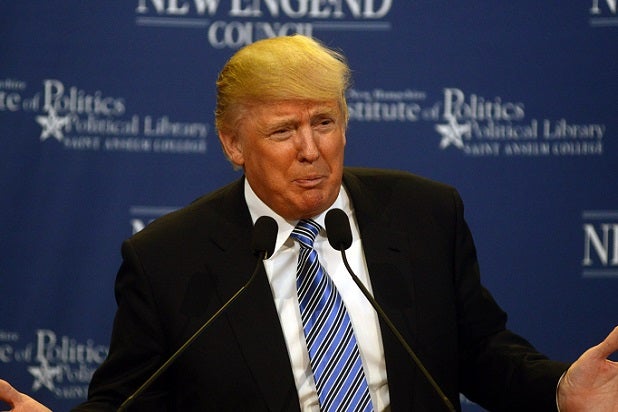 One day into things, Donald Trump’s presidential campaign has already hit a bum note. At least as far as Neil Young is concerned.

“The Apprentice” host Trump, who announced that he’s running for president of the United States on Tuesday, has been blasted for using Young’s song “Rockin’ in the Free World” without permission during his campaign announcement.

“Donald Trump was not authorized to use ‘Rockin’ In The Free World’ in his presidential candidacy announcement,” Young’s management company told TheWrap in a statement Tuesday.

The management company added that “Cinnamon Girl” singer Young, a Canadian citizen, “is a supporter of Bernie Sanders for President Of The United States Of America.”

During his announcement at Trump Tower in New York, Trump vowed that he will be “”the greatest jobs president that God ever created.

“I’ve employed tens of thousands of people over my lifetime,” he said.

He also opined that “the American dream is dead, but if I get elected president I will bring it back bigger, better and stronger than ever before.”