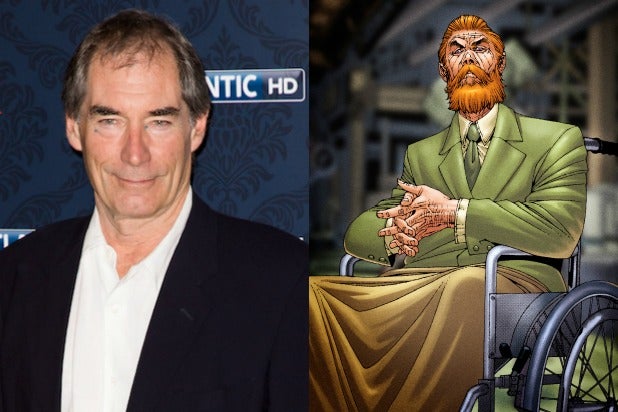 Timothy Dalton is coming back to the small screen for the leading role in DC Universe’s upcoming live-action series “Doom Patrol,” an individual with knowledge of the casting tells TheWrap.

Dalton will play Dr. Niles “The Chief” Caulder is a pioneer in medical science, searching the world over for those on the edge of death in need of a miracle. Brilliant but controversial, Dr. Caulder will stop at nothing to help those he believes are in need, including his collection of strange heroes known as The Doom Patrol.

Per the official description from studio Warner Bros TV, “Doom Patrol” is a reimagining of one of DC’s strangest group of outcasts: Robotman, Negative Man, Elasti-Woman and Crazy Jane. Led by the mysterious Dr. Niles Caulder, they’re called into action by the ultimate hero for the digital age, Cyborg. Banding together, these rejects find themselves on a mission that will take them to the weirdest and most unexpected corners of the DC Universe.

The series is executive produced by showrunner Jeremy Carver, along with Greg Berlanti, Geoff Johns and Sarah Schechter.

DC Universe will launch its streaming service on Sept. 15, with its first series, “Titans” premiering on Oct. 12.