The upcoming show is a series adaptation of Dr. Sandra Lee’s one-hour special, which aired on the network on Jan. 3. The special’s premiere grossed out — er, was watched by — 1.2 million total viewers, and was the most-social show that evening on Facebook.

This version will be more of the same: In each one-hour episode, Dr. Lee will poke, prod and squeeze in order to resolve some unusual dermatological cases, as well as transform the lives of her patients, per TLC. As each condition considerably affects the patients’ day-to-day lives, Dr. Lee and her team of medical assistants must bust out the syringes, scalpels and squirt-protective face masks in order to get down to business.

Casting is in progress. Yes, YOU can star on “Dr. Pimple Popper” if you hurry over to TLC.com/casting.

Also Read: How Much TV Homes Would Cost on Airbnb, From 'Stranger Things,' to 'Roseanne,' to 'Seinfeld' (Exclusive)

And in case you were wondering, no, the below similarity to a classic “Seinfeld” episode is not lost on us: 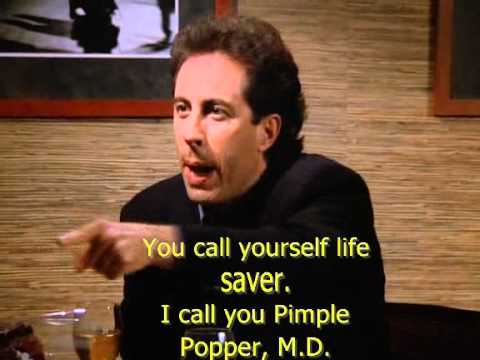 Finally, for those with strong stomachs, watch a little of what Dr. Lee does below: