Ellen DeGeneres addressed the decision to end her long-running daytime talk show in a segment taped Wednesday, explaining that she needs “to take a break.”

“I want you to know that I’ve thought a lot about this decision,” she said in the monologue recorded for Thursday’s episode. “I sat with it for a while. I meditated on it. I talked to Portia. I talked to myself. … The point is, I need to take a break from talking.”

The monologue followed an interview with The Hollywood Reporter published earlier on Wednesday in which DeGeneres confirmed the news that the upcoming 19th season would be the show’s last. In that interview, DeGeneres attributed the decision to the fact that doing the show is “just not a challenge anymore.” 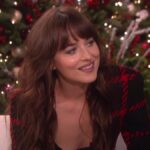 “Two years ago, I signed a deal for three more years and I always knew in my heart that Season 19 would be my last,” DeGeneres said in the monologue. “You may wonder why I’ve decided to end after 19 seasons. The truth is, I always trust my instincts. My instinct told me it’s time.”

DeGeneres promised her audience a “fantastic” final season. “Every day will be a celebration. There will be a lot of surprises, there will be trips down memory lane, and a few detours through Why Did I Wear That Alley,” she said.

The decision to end “Ellen” comes amid declining ratings and months after production company Warner Bros. fired three of the show’s top producers amid accusations of a toxic workplace and sexual misconduct that tarnished her onscreen persona as a queen of “nice.”

“It was very hurtful to me. I mean, very,” DeGeneres told THR of the allegations levied against the culture at her daytime talk show. “But if I was quitting the show because of that, I wouldn’t have come back this season.”