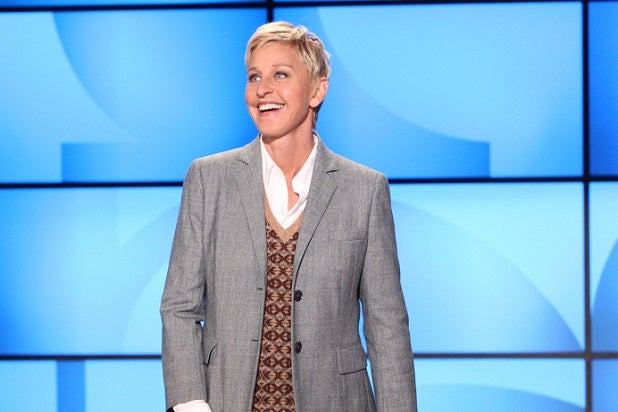 Ellen DeGeneres is having a big week.

Not only did DeGeneres host the Oscars on Sunday night, but her daytime talk show, “The Ellen DeGeneres Show,” handily broke its own ratings record with Monday’s post-Oscars episode.

The Monday installment of “The Ellen DeGeneres Show” averaged a 4.8 household rating/11 share in the overnight markets, the show’s highest rating in its 11-year history.

The show’s previous high was a 3.8 rating, which it achieved in January 2004.

Monday’s episode featured guest appearances by Oscar winners Cate Blanchett, Lupita Nyong’o and Jared Leto, as well as Edgar Martirosyan, who delivered pizzas to the rich and famous during a particularly memorable segment of the awards ceremony.