Elon Musk is expected to serve as interim CEO of Twitter once he takes over the company later this year, according to CNBC, which cited unnamed sources.

The Tesla CEO will take over as CEO of the social company for several months after the deal closes to take Twitter private for $44 billion. This comes as the San Francisco giant now faces an uncertain future under Musk’s potential ownership. The billionaire has suggested he would change the platform’s content moderation policies, as well as implement ways to target crypto scams and make commercial and government users pay a fee for the service. 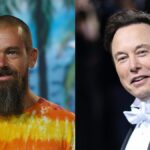 Last month, Musk offered to buy Twitter for $43 billion in cash after acquiring a 9.2% stake in the company. Twitter’s board of directors previously unanimously adopted a limited duration shareholder rights plan, or a poison pill, but ultimately accepted his proposal.

The deal is expected to close in 2022, subject to the approval of Twitter stockholders and regulators. Musk has secured $25.5 billion of fully committed debt and margin loan financing and is providing an approximately $21.0 billion equity commitment, the company said in a statement. The purchase price represents a 38% premium to Twitter’s closing stock price on April 1. 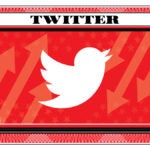 Twitter’s current CEO Parag Agrawal has only been at the helm for a few months after the exit of founder Jack Dorsey last November. Up until now, the company has revealed very little about what Twitter under Musk’s leaderhip will look like, only saying that things will remain business as usual until the transaction completes later in the year.