The film, which will shoot in the U.K. and Lisbon, Portugal from a script by Andrea Mann, will be introduced by Protagonist Pictures at this month’s Marche du Film in Cannes.

Watson stars as a crossword enthusiast and mother of two who plans a 30th wedding anniversary trip to Lisbon with her music lecturer husband (Grant) — until she learns a marriage-shaking secret the night before the trip and decides to board the plane without him. While in Lisbon, she falls madly in love with the Portuguese folk music known as fado – a sensuous new relationship that will allow her to rediscover the joy and passion within herself. 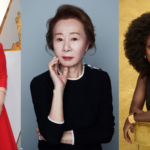 This is the third feature for Wingard, who previously directed the award-winning “In Another Life” and 2018’s “Eaten by Lions.”

“We love this script because with humor, warmth and wit, we meet a fabulous woman who, from the moment of discovering an unpalatable truth, goes in search of answers,” Wiley said in a statement. “And in doing so she discovers that even after 30 years of marriage and of putting others first, she is still as vital and sensual as ever and that her passion for new discoveries is undimmed. This really is a story for our times.”