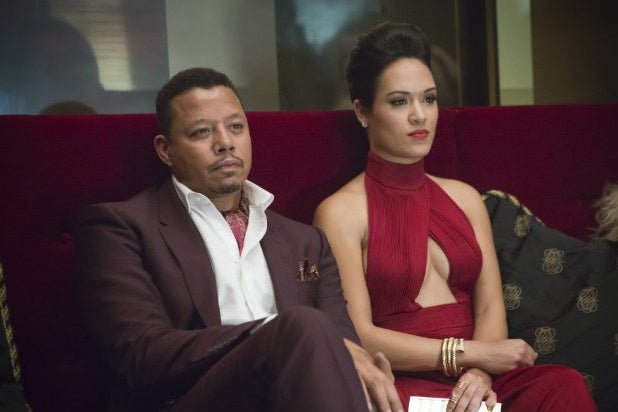 Fox’s “Empire” debuted to a very strong 3.8 demo rating on Wednesday night, knotting the hip-hop drama with ABC’s “How to Get Away With Murder” for top series premiere of the season.

Network execs knew they had a hit on their hands content-wise, but getting there certainly wasn’t effortless — or particularly economical. The marketing push behind “Empire” was financially on par with “Gotham,” though the Batman prequel spent its money over a much longer period of time, Fox COO Joe Earley told TheWrap.

“‘Empire’ had to work harder — it was a more fractured outreach,” Earley said, speaking of the more abbreviated timeline and broader push of his newest big show.

Also Read: ‘Empire’ Final Ratings Tie ABC’s ‘How to Get Away With Murder’ for Season’s Top Debut

“A big part of marketing and publicity campaigns for ‘Empire’ was attempting to get influencers to watch the show,” said Earley, who is counting on positive word of mouth to hand over very healthy Live + 3 Day numbers — the metric in which his network is currently most interested.

“Research has told us for many years peer-to-peer recommendation is much more influential than paid media,” he explained.

One of those, ironically, was Shonda Rhimes — the woman behind the aforementioned “HTGAWM” — whose unsolicited show support on Twitter surely didn’t hurt matters.

“That was just organic and cool,” Earley said of getting a little help from the competition.

So, “Empire” spent money like “Gotham,” “American Idol” and “Sleepy Hollow” — some of the most lavishly marketed Fox series — but the internal feeling more closely resembled that of the debut of “Glee,” Earley told us. Fox knew it had “the magic” in both instances, he said, and exposed it via a ton of preview screenings.

And the “Empire” gang didn’t just open the checkbooks; they got pretty creative with the dough. The show sponsored a Manny Pacquiao fight, lit up the Empire State Building and created custom-made jewelry and sneakers to highlight the show’s fashion influence. Another fun stunt was wrapping one New York City bus in each of the five boroughs with an “Empire” ad, offering a tour of the city’s hip-hop history. Those tourist traps ended with surprise performances by a rapper, such as French Montana.

Earley also touted the show’s big-name producers for their aptitude at marketing, complimenting the efforts of Lee Daniels, Danny Strong and Brian Grazer.

Finally, it’s obvious that “Empire” doesn’t look like many shows on TV; the show features a mostly African-American cast, which presents both unique marketing opportunities and challenges.

By that last part, Earley meant getting together the best cast possible and not skimping anywhere, from spending cash to targeting those known commodities.

“No one here has ever treated it like it’s a quote-unquote ‘black show,'” he concluded. “We treated it like its an amazing thrill ride that we loved. I think it would have been a mistake to treat it [any other] way.”

So far, the plan has worked. Earley and co. will find out how those L+3 premiere ratings faired on Monday.

Watch a video from one of the bus tours, then scroll down for TheWrap cast interviews: