A TV series based on David Ayer’s “End of Watch” is in the works at Fox.

Ayer, who wrote and directed the 2012 film, is co-writing the TV series with “Them” showrunner David Matthews. The project has a script-to-series commitment.

As with the movie, which starred Jake Gyllenhaal and Michael Peña, the series “follows the daily grind of two young police officers in Los Angeles who are partners and friends, and what happens when they meet criminal forces greater than themselves.” 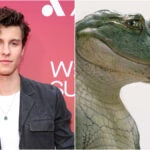 Fox Entertainment is the studio.

The film was a success at the box office with $58 million on a $10 million budget. It also starred Anna Kendrick, Natalie Martinez, America Ferrera, Frank Grillo, Cody Horn and David Harbour. Along with “End of Watch” Ayer has directed the films “Fury,” “Suicide Squad,” “Harsh Times,” “Sabotage,” and “The Tax Collector.” He also wrote the screenplay for “Training Day.”

Fox is also developing a TV series take on another film, “Hell or High Water.”

The one-hour drama is based on the 2016 western crime drama from Taylor Sheridan and David Mackenzie and starred Jeff Bridges, Chris Pine and Ben Foster. In that film, Pine and Foster starred as two brothers who rob banks in order save their family ranch. Bridges played one of the Texas Rangers who was trying to hunt them down.