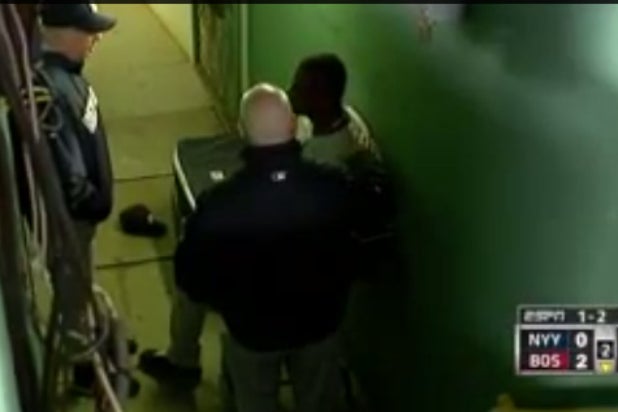 ESPN got lectured in the media this week for boldly going where its cameras don’t belong: the visiting dugout tunnel at Fenway Park.

Now the “Worldwide Leader in Sports” is kind of apologizing for the transgression through TheWrap: “We are always looking for ways to bring fans closer to the action,” a network spokesperson told us. “In the midst of documenting a breaking news story as it was transpiring, we mistakenly offered views of the dugout tunnel, an area which is off limits.”

ESPN concluded: “Going forward, we will continue to work with MLB to ensure the best and most appropriate coverage possible.”

Major League Baseball did not immediately respond to TheWrap’s request for comment.

After New York Yankees pitcher Michael Pineda was ejected in the second inning of Wednesday’s game versus the home team Red Sox, he descended the dugout stairs into the tunnel, where an ESPN remote-controlled camera recorded him talking to trainer Steve Donohue and pitching coach Larry Rothschild.

That’s not allowed per the agreement with Major League Baseball.

When manager Joe Girardi noticed the taping from the illegal camera angle, he pushed the camera out of the way, drawing some immediate criticism of his own.

Watch the video of the incident: