ESPN’s Max Kellerman is exiting “First Take,” the morning show he has co-hosted since 2016.

Kellerman has appeared on ESPN’s popular “First Take” alongside Stephen A. Smith and Molly Qerim Rose since July 2016, when he replaced Skip Bayless. No replacement for Kellerman was named, but the network alluded to an “updated format” for the show in its announcement Tuesday. Previous reports have suggested that Smith will not get a new regular co-host but will be joined by a rotating series of guests moving forward. 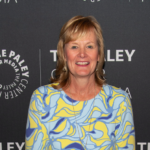 In addition to joining ESPN Radio’s morning lineup, Kellerman will also get a new series on the television network, though no details were provided. He will also continue to host the weekly boxing show, “Max on Boxing” on ESPN2.

Kellerman’s afternoon radio show, “The Max Kellerman Show,” will come to an end when the new changes take effect Sept. 7.

“We are excited about these next steps as we continue to build upon the impactful lineup we debuted last year,” said David Roberts, ESPN senior vice president, production. “These enhancements create even more cross-platform chances for hosts to better engage with fans throughout the day, while delivering timely, compelling content.”