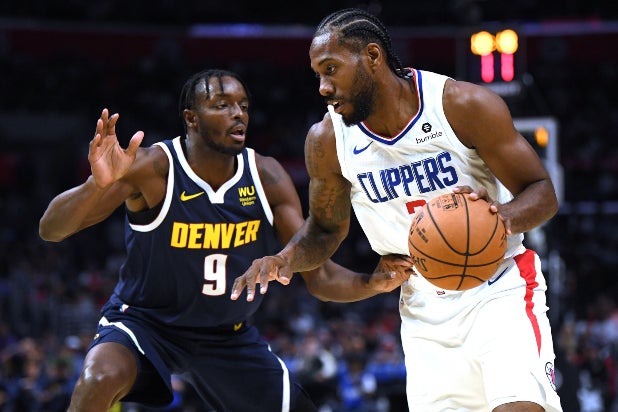 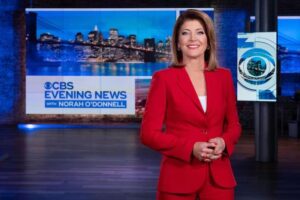 The NBA’s TV partners are planning for a bounce-back season in TV ratings, pointing to a key scheduling change and a wide-open race for the championship as a reason for optimism.

An offseason filled with multiple star players changing teams – some of which give the league its first chance at a true Los Angeles rivalry between the Lakers and Clippers — reset the balance of power in the NBA, which has been dominated by the juggernaut Golden State Warriors. That gives the league’s TV partners, which tip off the 2019-2020 season this week, a chance at something that’s become a rarity for the NBA the past few years: A wide-open race for the NBA championship.

That prospect has sparked hopes of a ratings rebound. Last year, ESPN and TNT struggled to fill the early-game timeslots for their doubleheaders with the move of star LeBron James from the Eastern Conference to the West, which meant he was playing the majority of his games after 10 p.m. ET. The continued dominance of the Warriors also made the outcome of the season feel pre-ordained.

Also Read: Here's How the NBA's TV Partners Will Discuss the League's Thorny Situation With China On the Air

TNT saw its ratings dip 12% last season, down to 1.5 million. Last year was the first time that TNT’s opening night doubleheader did not feature a LeBron James-led team playing, which sank that night’s viewership by 42% compared to the prior year. That created a hole the network had to dig out of all season. ESPN fared a bit better with its 101 games on ESPN and ABC last year, averaging 1.99 million viewers to remain steady with the year before.

The fall of the Warriors, who lost star Kevin Durant to the Brooklyn Nets and Klay Thompson to a season-long injury, has left the door wide open in the Western Conference. Last year’s NBA champion, the Toronto Raptors, just lost their own star player, Kawhi Leonard, to the Clippers. It’s virtually assured this season will have two new teams competing for the NBA title in June.

“It helps dispel any inkling of things already being determined,” Doug White, ESPN’s Senior Director, Programming and Acquisitions, who runs much of the networks’ day-to-day NBA coverage, told TheWrap. “For us, it’s a great thing to have going into a season.”

A key schedule change was implemented this year as a way to increase viewership for games on the West Coast, which can run past midnight in the eastern time zone.

“There are so many other things out there competing for eyeballs and viewership; I think it’s a smart move to be a little bit earlier,” says White, who added it has been a discussion between them and the league for a few years. “I think it’s a win-win for all fans.”

Many NBA reporters consider the Clippers to be one of the main challengers for the NBA title this season, a rare occurrence for a franchise that has spent its entire existence in the shadow of the more successful Lakers, who have won 16 NBA titles. (The Clippers have never made the NBA Finals.) That allure of a true cross-town rivalry is prevalent, but White cautioned that the Clippers’ lack of a winning history creates a bit of an unknown.

“We don’t know how impactful the Clippers will be. We’re hoping that it will a significant effect, but you never know,” White explains. “The Clippers are still working on their national brand. That doesn’t just happen overnight.”

The NFL had a similar situation with the Cleveland Browns, another franchise with a losing history that looked primed for a breakout this season. Darlings of the offseason, the Browns have gotten off to a disappointing start with a 2-4 record.

“They [Clippers] have been set up for success; now they just have to go out on the court and start winning,” says White. “That’s when we’ll be able to really see what kind of impact from a ratings and viewership standpoint it will really have.”

The poor performance of teams in two of the league’s largest markets — New York and Chicago — have also been a drag on the NBA. The Knicks are expected to have their seventh straight losing season and has won just a single playoff series since 2000. The Bulls have had their own struggles and, along with the Knicks, were two of the worst teams in the league last season.

At least in New York, the Nets are primed for a turnaround, building off last year’s success that included a playoff appearance. This offseason, the team signed Durant (though he will miss most, if not all, of the season while he’s rehabbing from an injury), as well as Boston Celtics star Kyrie Irving. As with Los Angeles, the league is hoping to build an inter-city rivalry between the Nets (who moved to Brooklyn in 2012) and the Knicks.

“It would be great to have a market like New York perform or to have a bigger presence than they have had, but that said the league has been just fine,” said White. “Anything that we get from a New York market or from Chicago, it’s kind of just gravy.”