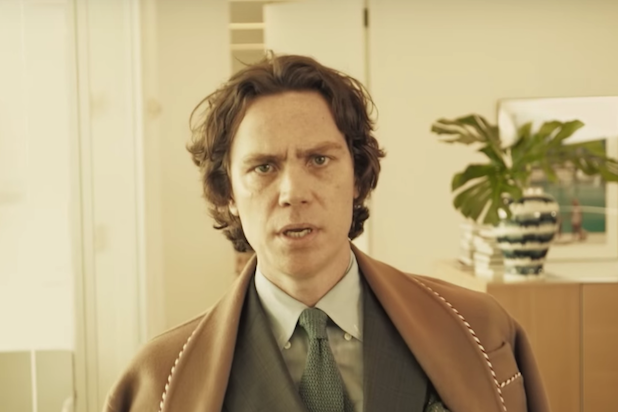 After three years as Esquire’s top editor, Jay Fielden on Thursday announced that he would be leaving leave the venerable men’s magazine.

“Today — after a lot of long and careful thinking — I have decided it is time to depart as Esquire’s editor in chief, three and a half years after I arrived,” Fielden said in a lengthy Instagram statement. “For me, the time has simply come to press on in a new direction, perhaps more than one, before I get struck by male pattern baldness.”

Fielden said the latest edition of Esquire, which dropped earlier this week, would be his last. Before serving as editor-in-chief, Fielden led Hearst’s Town & Country after joining the company in 2011. He still remains on the masthead as an editorial director of that publication — a title he will also lose, the New York Times reported.

In a statement of its own, Hearst wished Fielden the best and said the editor would still contribute to both Esquire and Town & Country.

“Jay is an incredibly talented editor and writer and we are glad he will continue to contribute to both Esquire and Town & Country,” a rep for the company said. “We thank him for his leadership and contributions to Hearst Magazines over the years and wish him the best with his future plans.”

Fielden had big shoes to fill when he replaced Esquire’s longtime leader David Granger in 2016. His standing took a significant hit in March after the magazine spiked a year-long sexual misconduct investigation into Hollywood director Bryan Singer by two of its reporters.

The piece was ultimately published in The Atlantic. The two Esquire writers behind the story, Alex French and Maximillian Potter, publicly accused Esquire’s parent company of killing the piece.

“After months of reporting, the story went through Esquire’s editorial process, which included fact-checking and vetting by a Hearst attorney, and the story was approved for publication. The story was then killed by Hearst executives. We do not know why,” they said.

Hearst executives have consistently refused to comment on the matter but have said they “stand by the decision we made based on our editorial standards.”

Today—after a lot of long and careful thinking—I have decided it is time to depart as Esquire’s editor in chief, three and a half years after I arrived. The issue we unveiled earlier this week—with Leonardo DiCaprio, Brad Pitt, and Quentin Tarantino on the cover—will be, it’s not easy to say, my last. As a magazine editor and writer, I've long revered the magical intersection of words and images as they come together on the page and online. Ever since I graduated from college, in fact, I've been working for a big magazine—The New Yorker, Vogue—or editing one—Men's Vogue, Town & Country, Esquire. In the decade that Hearst Magazines has been my creative home, I've also collaborated with some of the best writers, photographers, designers, and fellow editors in the business, and it's been a genuine privilege for which I’m deeply grateful. There is no greater joy—or honor—than the camaraderie of a close and deeply talented staff, and the thing I will miss most (in addition to the great muse that is Esquire itself) is the conversation and debate, the collaboration, the shared life of revisions and deadlines and filling the monthly void. Simply put—their daily company. I have, however, felt the lure of new possibilities—all the more so now, as the means of production for a new media venture is basically my laptop (which also has the first few chapters of a book on it). For me, the time has simply come to press on in a new direction, perhaps more than one, before I get struck by male pattern baldness. When I settle for certain on what’s next, you will be among the first to know. Until then, I hope to practice my piano, play a little more tennis than usual, and make my kids breakfast while my wife gets to sleep late. I might even get to take all these bags on a long summer trip . . . or two. #esquire