When Donald Trump shocked the world to become the president-elect on Tuesday night, the biggest loser wasn’t his opponent Hillary Clinton, it was the polling industry that tricked America into thinking we’d be celebrating the first female president right about now.

The polls, which Trump has been calling inaccurate and rigged for months, made it seem like Clinton was a lock to occupy the White House come January.

Nate Silver’s FiveThirtyEight is supposed to specialize in data-based journalism, but the site reported on Tuesday morning that Clinton had a 71.4 percent chance of winning the election. The site was wrong about the outcome in major battleground states including Florida, North Carolina and Pennsylvania, and Trump obviously won the election in addition to the individual states that were supposed to vote Clinton. Silver wasn’t the only pollster to botch the 2016 election.

Also Read: How the Hell Were the Polls So Wrong About Donald Trump?

Trump won the presidency with 279 electoral votes, compared to Clinton’s 228. Here is how polls predicted the electoral count: 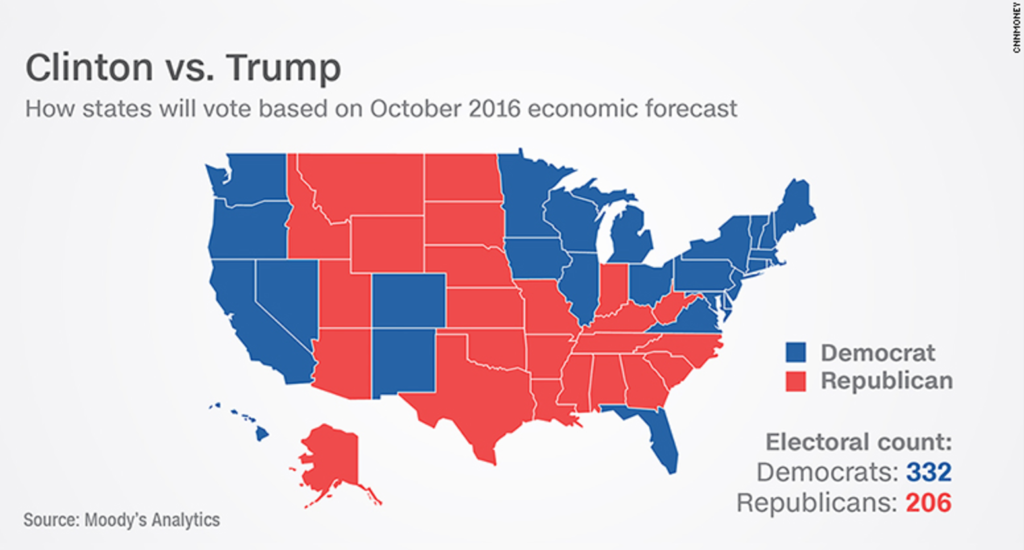 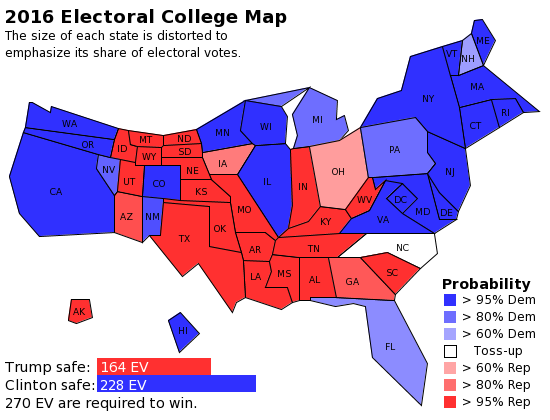 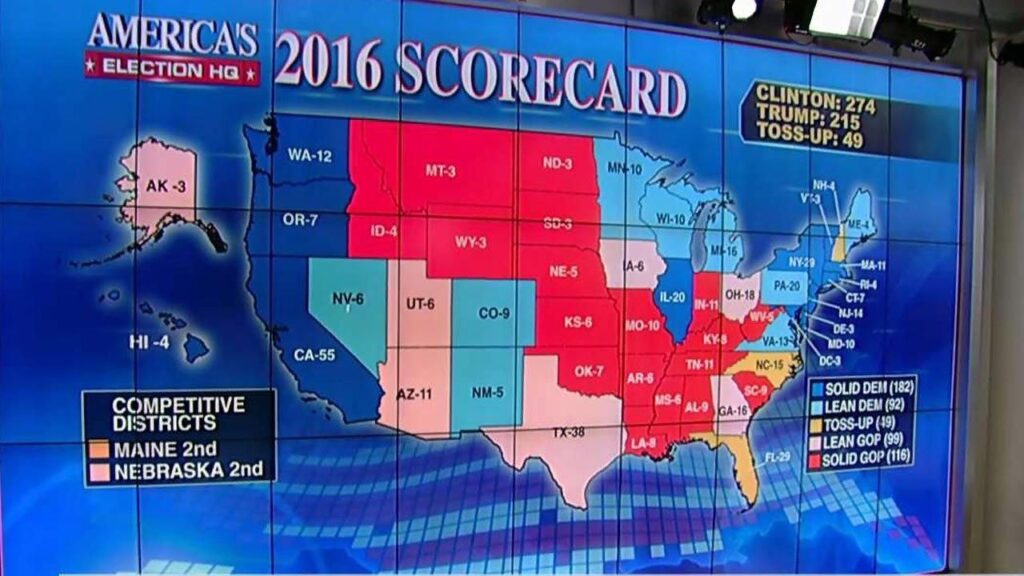 Here’s how other polls predicted the likelihood of a Clinton victory heading into Tuesday’s election.

Reuters/Ipsos States of the Nation: Clinton 90 percent chance of winning

Here’s how other polls called the popular vote on Monday, according to Real Clear Politics.

One poll consistently had an accurate snapshot of the electorate — the USC Dornsife/Los Angeles Times “Daybreak” poll — but it was mocked by most political pundits and cable news talking heads as an outlier. The poll had given Donald Trump a significant chance to win over the past four months.

Ashley Reyes contributed to this report.

Bryan Cranston, Miley Cyrus and others may be headed overseas if they don’t get their way on Election Day

It's not uncommon for people to joke/threaten about leaving the U.S. if the "wrong" person becomes president. But Donald Trump has Hollywood in such a froth that loads of celebrities are now talking about pulling up stakes. Here's a small collection of them, ranging from silly jokes to serious plans.