As summer comes to a close, it’s been a while since we’ve heard from the Pogues and we miss the treasure hunt that extended from the Outer Banks to Nassau.

Here’s everything we know about “Outer Banks” Season 3: 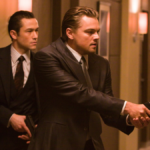 Has “Outer Banks” Season 3 been confirmed?

Yes, Netflix announced that “Outer Banks” would return for a third season in Dec. 2021.

When will Season 3 come out?

Sadly, the Pogues won’t be returning this summer as Netflix announced that production for season 3 had started Feb. 28, 2022.

Who is in the “Outer Banks” Season 3 cast?

Netflix’s first look at production confirmed the return of Madelyn Cline, Chase Stokes, Madison Bailey, Rudy Pankow, Jonathon Daviss and Drew Starkey. Season 2 newcomer Carlacia Grant, who plays Cleo, is also pictured, and expected to join the Pogues in the Outer Banks after meeting them out at sea. Charles Esten, who plays Ward, Austin North, who plays Topper, and Cullen Moss, who plays Sheriff Shoupe, are also expected to return. 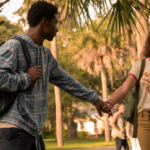 Also Read:
‘Outer Banks’ Creators on Why Kiara Got Together With Pope, Not JJ

What will Season 3 be about?

After the end of Season 2 saw the Pogues stranded on a deserted island, the squad must escape their self-titled Poguelandia as the treasure hunt expands, according to an Entertainment Weekly interview with co-creator Josh Pate.

Pate also revealed that the third season will also center upon John B’s relationship with his dad after the major Season 2 reveal that Big John was still alive. “John B’s relationship with his dad is a huge theme and having his dad back around and eventually they’re going to meet back up and John B has to reconcile his idealized version of his dead dad with the reality of his alive dad,” Pate told Entertainment Weekly.

On the romance front, the showrunners have teased that fans who ship JJ and Kiara might get lucky this season and Carlacia Grant also teased a budding romance between Cleo and another Pogue to TheWrap, one that was apparently hinted at during Season 2. John B and Sarah, who are now married, are also in for some developments as they learn their decision to get hitched might result in some unexpected consequences.

Will there be more seasons of “Outer Banks?”

While no additional seasons have been confirmed by Netflix, “Outer Banks” creator Jonas Pate told Entertainment Weekly he had plans for four, or even five, seasons.

“Ever since we started, we always viewed it as something that was probably like a four-season, maybe five-season show, but definitely four seasons,” Pate said. “We’ve sort of long-arced it out pretty far.” 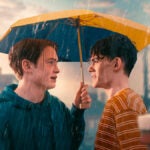