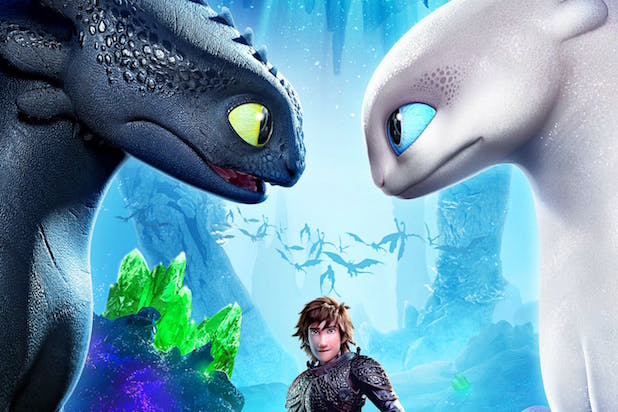 Advance public screenings of major blockbusters are becoming an increasingly popular option for studios and partner companies, and now Universal and Fandango are pushing the envelope further with the announcement Monday that “How to Train Your Dragon: The Hidden World” will screen in 1,000 theaters on February 2, three weeks before release.

Other major releases have done one-day advance screenings prior to their nationwide release, but very few have held them so early. Warner Bros., for example, held early screenings of “Aquaman” one week before its December 21 release, and did the same for “Crazy Rich Asians” in August.

Fandango is hoping to make “HTTYD3” the first of several major films that will be available three weeks in advance for members of its VIP Rewards program. The program, which is free to join, is also offering VIP members who buy tickets to the advance screening a free download of a DreamWorks film through the FandangoNOW service.

“For studios, it will build word of mouth. For us, it’s a chance to add value to the programs we’re offering. And as a ticketing service, we have a wider reach with theater chains than many other companies that hold advance screenings, so dozens of regional chains will be involved along with the major chains.”

The first two “How to Train Your Dragon” films were released in 2010 and 2014 and have grossed a combined $1.1 billion worldwide, with $394.5 million grossed domestically. “The Hidden World,” the final chapter in the trilogy, will be the first DreamWorks Animation film released by Universal after the studio acquired the animation outlet in 2016.