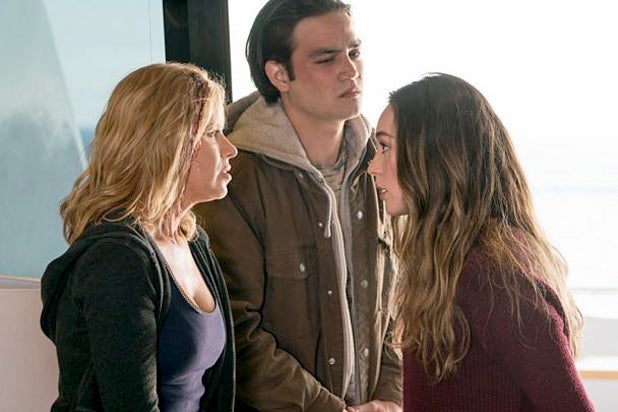 Warning: Spoilers ahead for “Fear the Walking Dead” Season 4

The second half of “Fear the Walking Dead” Season 4 is going to look a whole lot different with two-thirds of the Clark family gone.

Alicia (Alycia Debnam-Carey) is the last woman standing of the family, and showrunner Andrew Chambliss says she’ll be struggling with filling her mother’s shoes in the back half of the season.

“She’s realizing that she is on her own and is figuring out how she can keep the memory of both Madison and Nick alive,” Chambliss said in a recent interview with Entertainment Weekly. “And a big part of what she’s going to be asking herself is whether she can fill Madison’s shoes and how that’s possible for her moving forward.”

Chambliss told TheWrap right after the midseason finale that Madison’s death will “reverberate through the rest of the season with every character she touched.”

Now that Alicia is out of biological family, we’ll see if maintaining Madison’s philosophy — “the belief that no one’s gone until they’re gone” and you have to “fight” to build a place that is “about more than just survival” — is something that Alicia will work towards. We already saw a hint of that when she didn’t kill June/Naomi (Jenna Elfman).

Chambliss added to EW that Alicia, Strand (Colman Domingo) and Luciana (Danay Garcia) are “coming to terms with the fact that their revenge mission meant that they, for a time, forgot what Madison died for — the thing she believed in and the hope she tried to keep alive.”

“Those three characters are trying to figure out how they can move forward and how they can keep Madison’s ideals alive when they kind of forgot them for so long,” he said.