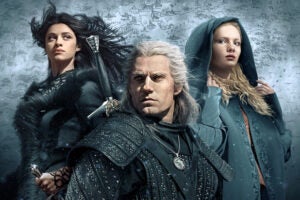 Could Hollywood see gender parity at the top of the box office charts for the first time ever?

Female directors who have pushed for gender parity in Hollywood could achieve a milestone at the box office in 2020.

Five potential blockbusters directed by women — Cathy Yan’s DC Comics film “Birds of Prey,” Niki Caro’s Disney remake “Mulan,” Cate Shortland’s Marvel spinoff “Black Widow,” Patty Jenkins’ “Wonder Woman 1984” and Chloe Zhao’s Marvel film “Eternals” — have the potential to rank among the top 10 highest grossing films of next year. If so, it would be the first time ever that the annual top 10 came from equal numbers of male and female filmmakers.

For reference, 2019 is the first year ever that more than one film with a female director has cracked the top 10, with Anna Boden’s “Captain Marvel” and Jennifer Lee’s “Frozen II” both making the list. Even then, both of those films were co-directed by men (Ryan Fleck and Chris Buck, respectively). Among films with women as solo directors, no more than one film per year — most recently Jenkins’ “Wonder Woman” in 2017 — has hit the top 10. Next year’s five candidates are all solo projects.

Even if one or two of those films don’t crack the top 10, all five of these films should push the total box office revenue for female-directed films to record heights. According to data from Box Office Mojo, films directed by women that ranked in the top 100 at the box office in 2019 have combined to gross over $2.8 billion worldwide so far. Next year, that figure is expected to pass $4 billion, possibly even $5 billion, globally.

Also Read: Women in Film Has a 'Cheat Sheet' for Female Awards Contenders in Every Category

Beyond the five top blockbusters, several other major studio films from female directors are slated for 2020, including Reed Morano’s thriller “The Rhythm Section” for Paramount and Nia DaCosta’s remake of the horror film “Candyman” for Universal and producer Jordan Peele.

While all of this is heartening to organizations that have pushed for Hollywood to examine its unconscious biases become a 50/50 business, box office isn’t the sole measuring stick of success. Kirsten Schaffer, director of Women in Film, said that Hollywood must go through the slow, methodical process of changing how it is run so that women have more opportunities at all stages of production, including in areas that have been historically male-dominant.

“We care about sustained, incremental change,” she said, noting that this was the first year ever that all major studios released at least one film directed by a woman. “That’s a great jump from last year. But that still means that the vast majority came from men, so there’s still a way to go.”

The new influx of potential blockbusters directed by the likes of Zhao and Jenkins can help by giving more women, not just the directors themselves, a chance to build their portfolios for future projects by working on a high-profile title. The annual “Celluloid Ceiling” report by SDSU’s Martha Lauzen has regularly shown that women are far more likely to hire other women as major department heads for their films than men. Hiring more women to direct tentpoles not only raise the profile of those filmmakers, but also of women who work below the line.

Schaffer pointed to cinematographer Rachel Morrison, the first female cinematographer to receive an Oscar nomination, for 2017’s “Mudbound.” After reteaming with “Fruitvale Station” director Ryan Coogler again on her first blockbuster, “Black Panther,” she is now preparing to make her directorial debut with “Flint Strong,” written by Barry Jenkins.

“Among many women in Hollywood, there is a common understanding of how hard it is to get your work out there and to get these sort of opportunities, so when we do get them, we want to throw the ladder down for others to climb up,” Schaffer said.

Outside of blockbusters, Women In Film has encouraged systemic change through their ReFrame program, which highlights film and TV projects that achieve gender equity on their production crews.

“Having more women in charge of major studio projects can have an exponential impact on bringing more women onto studio call lists. A cinematographer or editor today could be a director tomorrow, or at the very least get far more chances at work once thy have their foot in the door,” Schaffer said.

Schaffer also noted that these signs of slow but steady progress have come from examining every stage of the film industry pipeline, including the festival circuit. Chloe Zhao landed her assignment on Marvel’s “Eternals” after her indie “The Rider” premiered in the Directors’ Fortnight section of the 2017 Cannes Film Festival and went on to award-winning acclaim.

“When we first started working with USC on gathering the data on industry diversity six years ago, we found that female directors accounted for 25% of the films at Sundance and 4% of the top 100 films,” Schaffer said. “As we have analyzed where women have fallen out of the pipeline, Sundance has worked closely with us not only on making sure that their festival program is 50/50, but also through their other programs that help nurture women through the filmmaking process and helping those who have put their first film out to get bigger budgets and TV pilots.”