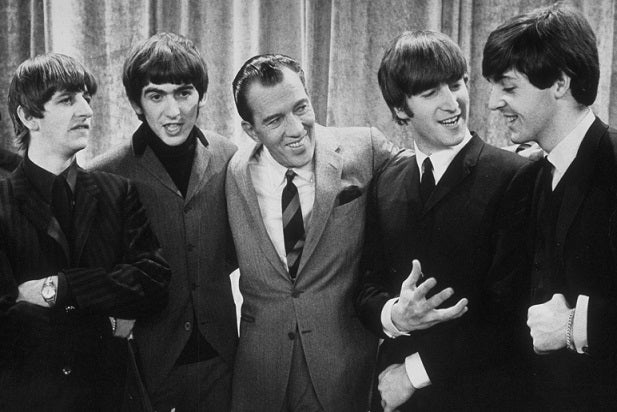 Talk about “Fixing a Hole.”

The Beatles catalog of music will be available to stream on nine major streaming music services starting Thursday, including Spotify and Apple Music, a format the group long resisted.

Scoring the Beatles catalog is a signal of streaming music becoming a consumer norm that a legacy artists like the Beatles can ignore only at their own risk.  The format was on track to eclipse digital downloads as the recording industry’s primary source of revenue, based on sales figures from the Recording Industry Association of America.

The Beatles are known for being digital holdouts. The group’s representatives waited until 2010, nearly a decade after the introduction of Apple’s iPod popularized digital music files, to start selling digital downloads of Beatles tunes. Until this week, the group had resisted granting licenses to stream its catalog to any service that needed its permission to play them.

Pandora, the webcaster that has long been the biggest source of online music by listeners, is the notable exception: Because it eschewed direct deals with rights holders in favor of a compulsory licenses made possible through an act of US Congress, Pandora has been able to stream music from any artist, including the Beatles, for years.

The Beatle’s move to make songs available on streaming contrasts the trend among current hit artist to hold their work back from some streaming sites, which pay less per stream than a track download would. Adele and Taylor Swift have both boycotted some streaming services, while bands like Coldplay have kept new albums off the platforms for a window of time to protect early album sales.
But the equation is different for legacy artists like the Beatles. With no new records on tap that they need to protect, boycotting streaming services crips hit groups from years past from reaching a new generation of listeners. Streaming services tend to skew to younger demographics.