Forbes Media LLC is in exclusive talks to be acquired by a group led by Michael Moe’s GSV Asset Management. The deal would be worth about $650 million, Reuters reports.

The acquisition is not yet final but GSV has just about a month to reach an agreement with Forbes before the exclusivity period expires.

“We have no comment, but investors have consistently shown interest in Forbes, which has produced three years of record results,” Forbes spokesman Matthew Hutchison said in a statement. “2021 is shaping up to be a strong year as well.” 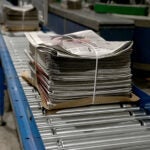 Founded by B.C. Forbes in 1917, Forbes is one of the oldest media outlets in the United States. It is known for its rankings of the world’s wealthiest people and most influential companies.

At the time of the Integrated Whale Media acquisition, Forbes was valued at $475 million. In the last seven years the publisher has successfully amplified its digital presence and its market value in the process. Even in the midst of the COVID-19 pandemic, Forbes managed to continue operation of key programs like its “Under 30” events by simply moving them online. The company says its digital platform now reaches more than 140 million people with 40 global editions.

Forbes isn’t the only legacy media property up for sale. Tribune Publishing is currently in the midst of a bidding war between hedge fund Alden Global and hotel magnate Stewart Bainum. 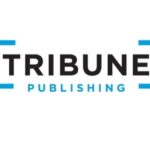