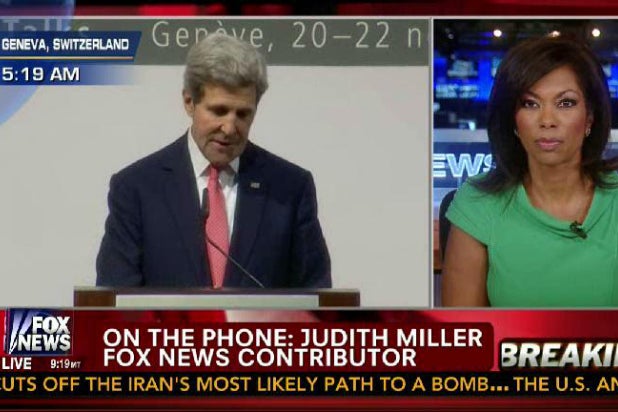 The news broke Saturday evening, with President Obama addressing the nation from 10:34 p.m. ET to 10:40 p.m. —  a little over five minutes. While the three big cable news networks covered the breaking event, Fox News Channel (FNC) was easily the most watched.

That may not be anything new, but the really story lies in FNC’s uptick versus its competitors downward slide during the 10 p.m. ET hour — the hour Obama addressed the nation.

Fox News Channel’s Harris Faulkner anchored live coverage with additional contributions from Judith Miller via phone. FNC was the only network to take Sec. John Kerry’s remarks. Both paid off.

CNN’s coverage, helmed by Wolf Blitzer, was almost flat with its average overall during the 10 – 11 p.m.hour, slightly down in the demo. CNN received 511,000 viewers overall; 163,000 of which came from the demo.

Final numbers will be in on Tuesday.

All three of the cable news networks were airing special coverage of the deal during the hour. The nets exited breaking news mode by 11:26 p.m.