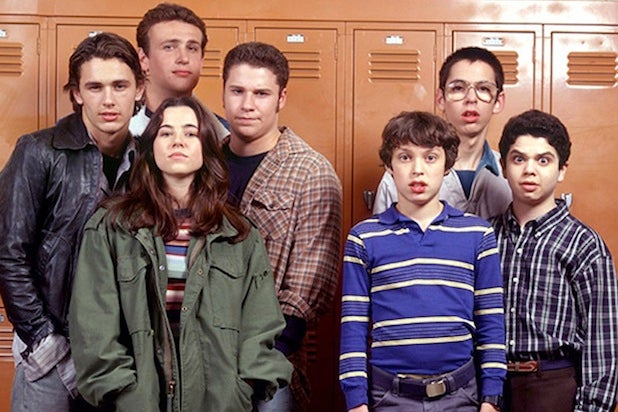 Fans of the short-lived cult comedy “Freaks and Geeks” will be thrilled to hear that a reunion is in the works.

“I don’t know if anyone even knows this yet, but Samm Levine, and it’s looking like Martin Starr, will also be in the film,” he told Vulture after also revealing that he will make a cameo in the movie.

Yes, that’s Levine as in Neal Schweiber and Starr, who played Bill Haverchuck, back together with Sam. It’s not yet a done deal, though Daley sounds optimistic.

“I don’t know if they’ve been confirmed yet in the cast, but it’s looking really good,” he said. “I just wanted a chance to get the three geeks back together, in the same project.”

Daley said he’s also excited to reunite the trio for the show’s new fans — the ones who discovered it after airing on NBC during the 1999-2000 television season.

Also read: ‘Freaks and Geeks’ Revisited: ‘Everybody Was So Talented and Nobody Knew It Yet’

He said he hopes fans are excited about the possible reunion, “especially the new breed of kids who’ve seen the show on Netflix.”

“Vacation’s” cast will include original stars Chevy Chase and Beverly D’Angelo, as well as newcomers like Christina Applegate, Charlie Day and Chris Hemsworth. It’s currently shooting, and will be out in theaters next year.