In 1973 Chol Soo Lee, a 21-year-old Korean immigrant, was wrongfully incarcerated for the murder of a Chinatown gang leader. He became a symbol for systemic injustice against Asian Americans and spurred solidarity within his community. His prison memoirs have been adapted into a book and his case inspired the 1989 drama film “True Believer.” But his life — what happened before and after he became famous for his imprisonment — was far from a Hollywood fairy tale.

In the documentary “Free Chol Soo Lee,” first-time doc directors Julie Ha and Eugene Yi use archival materials in an attempt to present their tragic hero in all three dimensions. Despite their efforts, Soo Lee feels just out of reach, but the story of his life remains as important as it is horrifying.

The film opens by explaining the crime and how Soo Lee became a prime suspect. Journalistic giant K.W. Lee compared Soo Lee’s case to the Kafka novel “The Trial,” and it’s an apt connection. Everything that could have gone wrong for Soo Lee did; he was even reported for firing a gun indoors just two days before the murder. According to Soo Lee, he had just been fiddling around with the pistol, which he’d borrowed from his manager at work. It was the first time he’d ever held a gun. 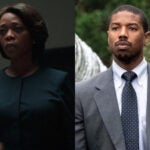 Of course, the other problems in Soo Lee’s case magnify much larger issues in our country, particularly concerning class and race. Though the police were ostensibly looking for a Chinese perp, per witness descriptions, they nailed Soo Lee instead. Soo Lee had already been in juvie and a psych ward before his life sentence, in large part because the adults in his life couldn’t understand him, much less advocate for him. To paraphrase the film — he wasn’t crazy; he just couldn’t speak English.

The dominoes continue falling from there. In the film’s sole animated sequence, Soo Lee recounts murdering a fellow inmate, Morrison Needham, during his sentence. Soo Lee says Needham, a member of the Aryan Brotherhood, was threatening him because he would not take sides in a gang conflict. A predominately white jury finds Soo Lee guilty of first-degree murder.

Though Soo Lee is eventually acquitted and released from prison, the remainder of his life takes more grim turns. Ha and Yi give the impression of a man who, after being forcibly removed from society, is almost incapable of shaking that alienation. He struggled being alone just as much as he had a hard time relating to others. 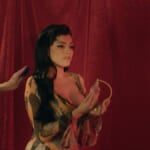 At one point in the film, Soo Lee mentions his supporters visiting him on death row. It’s harrowing to imagine the disparities at play in such a meeting. Soo Lee was awaiting his own death, a final kick in the teeth from a system that never wanted him, while his supporters — at least those interviewed for this film — were pursuing law degrees and graduating from UC Berkeley.

“Free Chol Soo Lee” is more descriptive than it is analytical, but it could have only benefitted from digging deeper into these class issues. K.W. Lee, who became a kind of father figure to Soo Lee, remarks that, “There’s a very fine line between him and me,” and that the only thing really separating them was luck. It’s a nice sentiment, and of course we should all strive to empathize with one another despite our differences. It’s nonetheless difficult to believe that luck is the only reason one of these men was repeatedly institutionalized and the other is a renowned journalist.

Perhaps the most important device Ha and Yi use in “Free Chol Soo Lee” is first-person narration. The film makes ample use of recordings and archival interviews of Soo Lee, but it also fills in the gaps when he is unable to speak directly for himself. By cobbling together Soo Lee’s own words from his memoir, biographical notes, letters and other writings, the filmmakers have constructed a script that gives this primary source–heavy doc narrative heft. Sebastian Yoon, a Korean American whose own prison time featured in Lynn Novick and Ken Burns’ “College Behind Bars,” narrates. 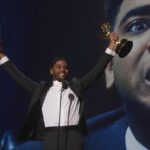 Though Ha and Yi have worked valiantly to give Soo Lee his own voice in the film, it is still largely constructed for the gaze of an outside viewer. We learn about Soo Lee from his friends and news coverage about as much as we get his own, ghostlike perspective. Perhaps a more experimental take could make “Free Chol Soo Lee” feel more like a memoir and less like a report. “Flee,” the documentary by Jonas Poher Rasmussen, is a salient example of a biographical documentary that reckons with itself.

“Free Chol Soo Lee” may lack formal verve, but its content is admirable. Younger viewers have probably never even heard of Soo Lee, much less his jaw-dropping case. Though Soo Lee and his supporters hoped that his story would lead to a more careful criminal justice system, discrimination persists almost 50 years later. This is a worthwhile introduction to Soo Lee; even more importantly, it’s an urgent cautionary tale.

“Free Chol Soo Lee” opens in NYC August 12 and will screen nationwide the evening of August 17.