Phoebe Robinson will adapt her book, “Everything Is Trash, But It’s Okay” as a TV series at Freeform.

Robinson will star in, write and executive produce alongside Jonathan Groff.

The series follows Phoebe, a 30-something podcast star navigating her messy life. Forced to grow up when her older brother Jayden emerges as a leading political candidate, she relies on her friends and close-knit family to help her figure out adulthood. Jordan Carlos will star as Jayden. 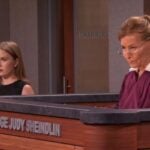 “Phoebe has one of the most unique and hilariously sharp voices in the business,” said Tara Duncan, president, Freeform and Onyx Collective. “‘Everything’s Trash’ is the perfect addition to the Freeform slate, bringing a distinct point of view to a woman navigating adulthood on her own terms.”

“I feel like Whoopi Goldberg’s choir at the end of ‘Sister Act 2’ when they won the competition! Overjoyed! Stunned! Extremely grateful!” Robinson said. “We’re going to make something special that you won’t want to miss.”

Robinson’s latest book, “Please Don’t Sit on My Bed In Your Outside Clothes,” was released on Sept. 28 under her imprint, Tiny Reparations Books. 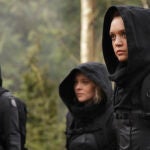