You can watch the video in the player above.

“Judy Justice” will premiere on Nov. 1, airing new episodes each weekday, much like her vaunted 25-year-run on “Judge Judy” in daytime syndication.

Here is the premise for “Judy Justice”:

The reality court program, presided over by Judge Sheindlin, adjudicates real-life cases filed from all over the country. Joining Judge Sheindlin in the courtroom are bailiff Kevin Rasco, a retired Los Angeles probation officer and entrepreneur; court stenographer Whitney Kumar, a board-certified court reporter in the state of California; and Sarah Rose, a law clerk and Judge Sheindlin’s granddaughter, extending the legacy of the television and courtroom pioneer by bringing in a new generation of legal analysis. 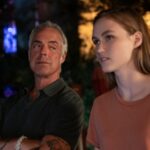 Earlier this year, IMDb TV executives spoke to TheWrap about what viewers can expect from the first-of-its-kind series.

“She’s going to adjudicate cases, she absolutely is going to be in the center of a court show adjudicating cases,” Lauren Anderson, IMDb TV’s co-head of content and programming, said. “What we really are looking to do is a number of things. We think that there’s an opportunity to lean into what is at this point, really sort of pop culture iconic status that she has.”