Freeform has picked up a third and final season of “Motherland: Fort Salem,” the Disney-owned cable network announced Monday.

“Every time we get to dive back into the world of ‘Motherland: Ford Salem,’ it’s a pleasure and an honor,” series creator Eliot Laurence said in a statement. “I can’t wait to bring season three to the world. We plan to ramp up the insane stakes of the finale with an epic, scary, satisfying ride, all the while getting deeper into witch’s ancient origins. We are so grateful to Freeform for the opportunity, and to our fans — your love is palpable, wait till you see what we have in store.”

The news comes ahead of the Season 2 finale, airing Thursday. 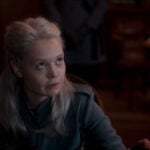 “We’re excited to bring ‘Motherland: Fort Salem’ back for a third season,” Freeform president Tara Duncan added. “I am grateful to Eliot and the entire Motherland team. They have created a truly immersive mythology that has resonated with fans since day one, and I know this last chapter will continue to deliver.”