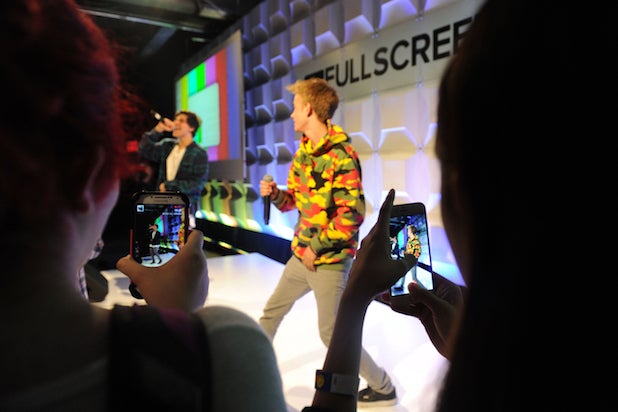 StageBloc, started in 2013, is a company that provides people like artists, musicians and video makers with tech tools to sell and market themselves directly to consumers.

The Fullscreen takeover is the latest move by a digital media company to move into booming offline side industries like live events and direct-to-consumer sales. In October, radio giant Pandora bough online ticketing company Ticketfly for $450 million, while niche media properties like Comic-Con and the company that runs the Tribeca Film Festival have launched their own subscription video services.

“Today’s creators reach millions of fans across disparate platforms, and this direct-to-consumer approach is the future of the creator business,” said Beau Bryant, Fullscreen senior vice president of talent and programming, said in a statement.

Fullscreen is controlled by Otter Media, the Web video joint venture between Chernin and AT&T. Fullscreen’s stable of 75,000 online personalities rack up 600 million subscribers for more than 5 billion videos each month. Traditional stars like Kenny Chesney and Keith Urban have used StageBloc for direct-to-fan sales.

StageBloc will be renamed Fullscreen Direct as part of the deal.