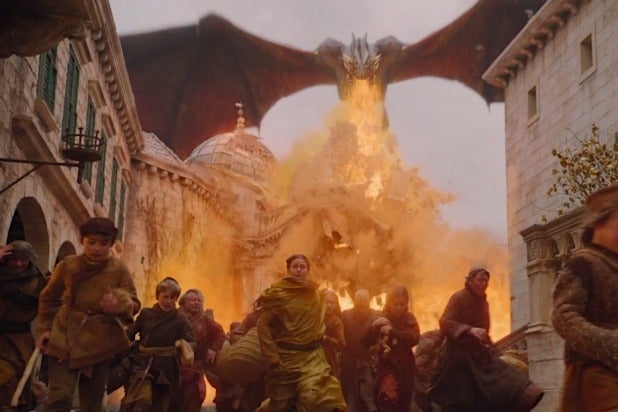 The final season of “Game of Thrones” might be bringing in a record number of viewers (17 million-plus per week, to be exact), but now more than a million of them are calling for a do-over of the last episodes.

As of Saturday, more than a million people have signed a Change.org petition for the hit HBO series to remake its final season, calling series creators David Benioff and D.B. Weiss “woefully incompetent writers when they have no source material (i.e. the books) to fall back on.”

Dylan D., the petition author, explained Saturday that he started the movement out of disappointment and frustration, and that he’s not expecting HBO to react to the massive call for change.

A rep for HBO did not respond to a request for comment.

“I love this story, and I, like most of you, was crushed to see how the last season (and Season 7, let’s be real) has been handled,” Dylan wrote. “Is Dany going to succumb to madness in the books? Probably. Is Arya going to kill the Night King? Well he doesn’t exist in the books as of yet so…maybe? Is Jaime going to sacrifice his entire character arc to go embrace Cersei? I’d doubt it, but that’s [George R.R. Martin’s] decision.”

He continued: “The issue I have is not necessarily with what we got, it’s HOW we got there — A rushed, laughably inconsistent mess of a season fraught with cringe-inducing, arc-slaying dialogue and ‘everybody is stupid’ syndrome.”

Dylan hasn’t heard from HBO about the petition, although he wasn’t expecting to. He quotes Heath Ledger’s Joker, who once said, “It’s not about the money, it’s about sending a message.”

And Dylan said the message of the petition “is one of frustration and disappointment at its core.”

The “Game of Thrones” series finale airs Sunday at 9/8c on HBO.